Geekbench performance results for Apple’s latest 2019 MacBook Pro with Intel’s 9th-generation 8-core Core i9 processor have just appeared on the Geekbench website and from the looks of it, it appears the notebook is almost 30% faster than its 2018 predecessor (via Reddit). 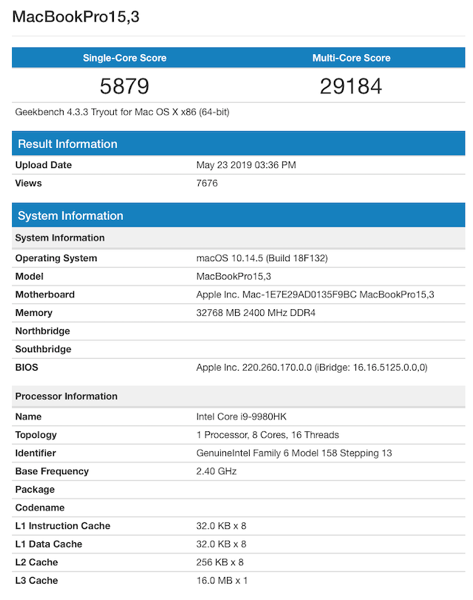 As impressive as the performance benchmarks for the new MacBook Pro are, it seems the thermals on the new machine have also been improved significantly.

According to the benchmark and throttling tests performed by MacDoesStuff, the 2019 MacBook Pro runs 10C cooler than the 2018 model. Check out the video below for a quick run through of the benchmarks and a look at the temperatures and throttling.