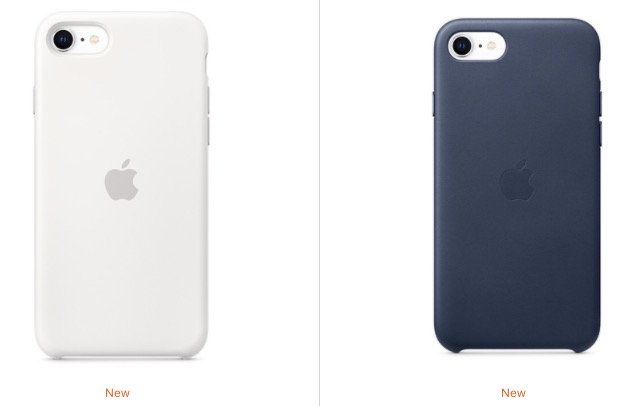 Apple announced the 2020 second-generation iPhone SE today, essentially an iPhone 8 body but with internals from an iPhone 11 and iPhone 11 Pro, with pricing from $599 in Canada.

There are also 2020 iPhone SE accessories available from Apple as well in the form of silicone and leather cases:

Apple says the silicone case “fits snugly over the volume buttons, side button and curves of your device without adding bulk,” while the leather case is “made from specially tanned and finished French leather, so the outside feels soft to the touch and develops a natural patina over time.”

You can click here to check out iPhone SE accessories on Apple.ca.