Is Apple Planning to Bundle AirPods with 2020 iPhones?

Citing unnamed industry sources, a new report by Digitimes is claiming that Apple, Samsung, and Xiaomi are all looking to ship their flagship smartphones with “truly wireless stereo” or TWS earbuds in 2020. If true, Apple may choose to bundle the AirPods with its 2020 iPhone models (via MacRumors). 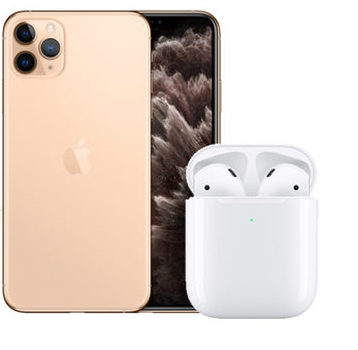 However, since the Taiwanese publication has a hit-or-miss record with such reports, it’s hard to imagine Apple bundling CAD $200 AirPods with its already-expensive flagship iPhones.

And if Apple does end up including such a costly accessory in the box with new models next year, it will definitely be raising the price of the iPhones as well:

“AirPods are also tremendously popular by all indications, so it is hard to see why Apple would give them away for free when millions of customers are clearly happy to fork over a few hundred dollars for them already. In fact, the new AirPods Pro are in such high demand that Apple is reportedly doubling production.”

Do you see Apple shipping the AirPods with its higher-end “iPhone 12 Pro” models next year?