Dyson has revealed this year’s Canadian winners of the 2022 James Dyson Awards. Over the years, Dyson has recognized new innovations and tools developed by engineers that can impact our lives.

Each year, Dyson opens up applications to the award program to university students and recent grads. The goal is to present an idea that solves a problem. Competitors are challenged to develop inventions to overcome a challenge. As such, James Dyson and the James Dyson Foundation have supported over 300 inventions with prize money funded by Dyson profits. To date, the foundation has contributed roughly 183 million CAD to new concepts. 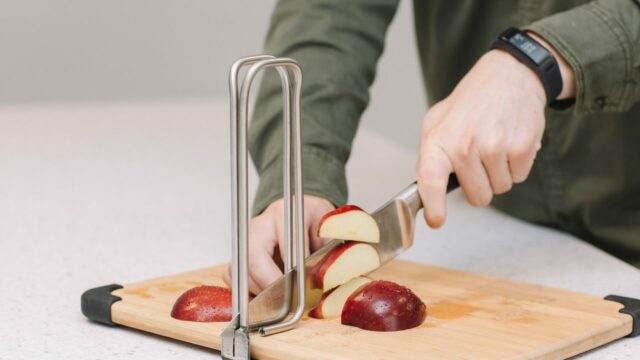 This year’s national winner is ‘Taco’ from McMaster University. Taco is an assistive tool to be used in kitchens, making food preparation easier. The tool is designed to help those who may be inexperienced or have limited hand mobility and helps them slice food thinner, and straighter in a safe way.

“We are thrilled to be selected as the Canadian winner of the 2022 James Dyson Award, Khan says. “Our goal with Taco has always been to bring accessible cooking preparation to homes around the world. To bring us closer to this goal, we want to put our winnings back into Taco by preparing it for sale.”

The team will be awarded $8,500 from the James Dyson Foundation to further their project.

National runners-up include ‘Bio-Brick,’ made by Adrian Simone and Rania Al-Sheikhly. Bio-Brick uses a naturally occurring microbial process to form bricks and was created by the University of Waterloo. It’s said to offer comparable durability and strength to a regular brick while producing fewer carbon emissions.

Additionally, McMaster University’s ‘Polyformer‘ is also recognized as a runner-up. Polyformer is a machine that recycles plastic bottles, created by Swaleh Owais and Reiten Cheng. This machine reduces plastic consumption by recycling materials into 3D printer filaments, reducing costs. This open-source machine is already being built in 10+ countries.