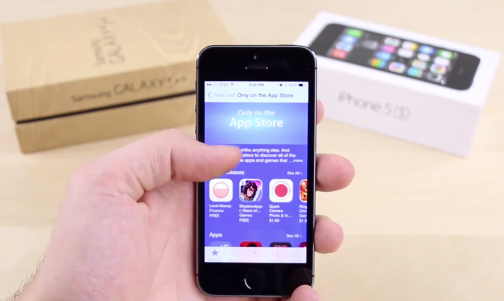 Are you trying to decide between Apple’s iPhone 5s and the Samsung Galaxy S5? YouTube channel PhoneBuff has created a couple videos that might help you in your buying decision (well, of course you’d go for the iPhone 5s or you wouldn’t be here, right??).

Here are 25 reasons why the iPhone 5s is better than the Galaxy S5:

…and here are 25 reasons why the Galaxy S5 is better than the iPhone 5s:

Of course, once the rumoured larger iPhones come this fall, Samsung’s screen size ‘advantage’ will erode. I foresee lots of people switching back to the iPhone.

Let the debate begin! Which smartphone is ‘better’? The iPhone 5s or the Galaxy S5?