Just like last year, Google has brought back the reward of 2GB free Google Drive storage for users who go through their quick Security Checkup again, as part of Safer Internet Day 2016.

All you have to do is check your recovery information, recent security events, connected devices, account permissions and also 2-step verification settings (if applicable) to get your instant 2GB of bonus storage. 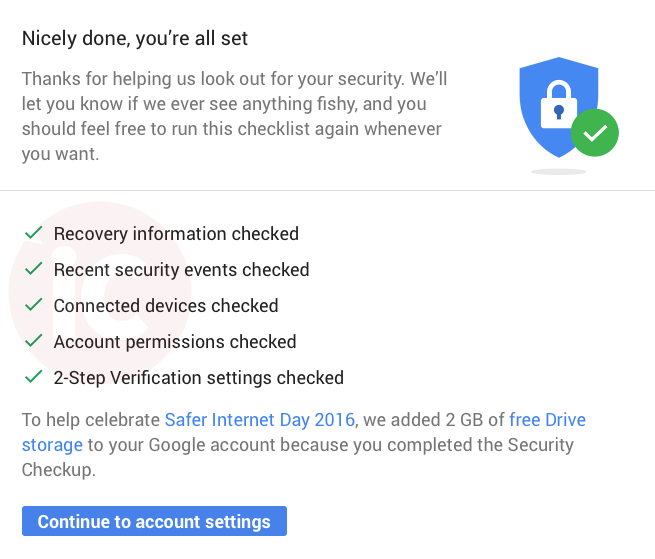 The security checkup takes less than a minute and is actually a good idea as you get to see the devices and permissions linked to your Google account.

As you can see below, this year the extra 2GB bonus is instantly applied, as seen by our account settings overview of our Google Drive storage. Do note the free storage does not apply to Google Apps for Work or Education accounts. 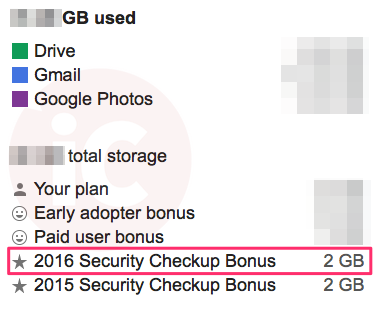 Click here to do your 2016 Security Checkup and get your free and permanent 2GB right away!