Apple’s latest fourth generation iPod Shuffle with 2GB of memory is on sale at TheSource.ca. Normally retailing for $49.99 from Apple, it’s available for $37.49 with free shipping or in-store pick up. Stock appears plentiful both online and in-store. If you want to save even more, you could try to price match this at Future Shop or Best Buy. 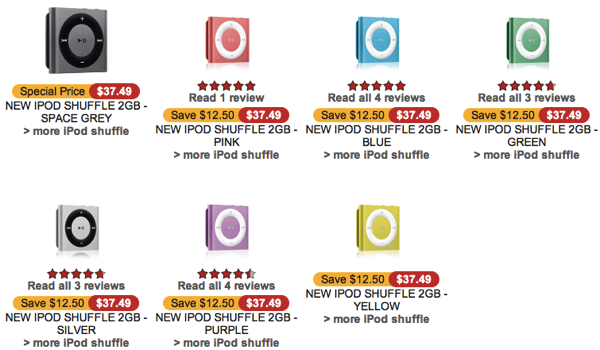 The fourth gen iPod Shuffle received a refresh in September 2012 to add new matte colours in silver, slate, purple, pink, yellow, green and blue. Slate was was replaced by ’Space Gray’ this past September to align the name with the revised colour option of the iPhone 5s.