Amazon Said to Launch Up to 3,000 AmazonGo Cashierless Stores by 2021

According to Bloomberg, Amazon reportedly has plans to launch up to 3,000 AmazonGo cashierless stores by 2021, according to unnamed sources familiar with the matter:

The internet giant is considering plans to have about 10 locations open by the end of this year, about 50 locations in major metro areas in 2019, and then as many as 3,000 by 2021, said the people, who requested anonymity discussing internal plans.

AmazonGo stores do not have cashiers. Customers just require the AmazonGo app to enter the store, then just grab items such as in-store ready-made foods off shelves and then leave. There is no need for a bag check or to speak with an employee. Amazon accounts are automatically charged for goods purchased, which are tracked with over 100 cameras in the store, when you remove an item off the shelf. 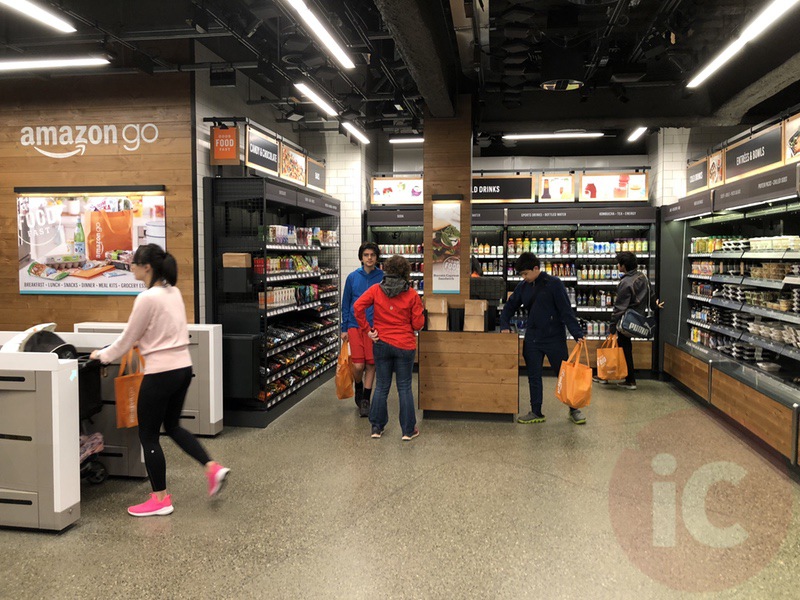 The first AmazonGo store in downtown Seattle—which opened to the public back in January—reportedly cost over $1 million in hardware alone, says an unnamed source speaking with Bloomberg.

iPhone in Canada visited the original AmazonGo store in Seattle back in May—and it was a pretty incredible experience, as this cashierless concept is definitely from the future. We were able to grab numerous items off the shelves and replace them—and not get charged. We tried to trick the system but failed (even a bunch of little kids couldn’t trick the system, grabbing items–candy obviously–repeatedly off shelves). Once we walked out, we received an email that we were charged for our items.

News of AmazonGo’s reported expansion would target convenience store chains such as 7-11, along with fast casual restaurants, which seek customers from lunch crowds.

There’s no word when the first AmazonGo store will launch in Canada, but when it does, get ready for a seamless and incredibly convenient shopping experience.