If you’re looking for some Starbucks Song or App of the Week promo codes to redeem, some fellow iPhoneinCanada.ca readers have been kind enough to share promo codes with our community to redeem.

Dum Dum Girls – Are You Okay? 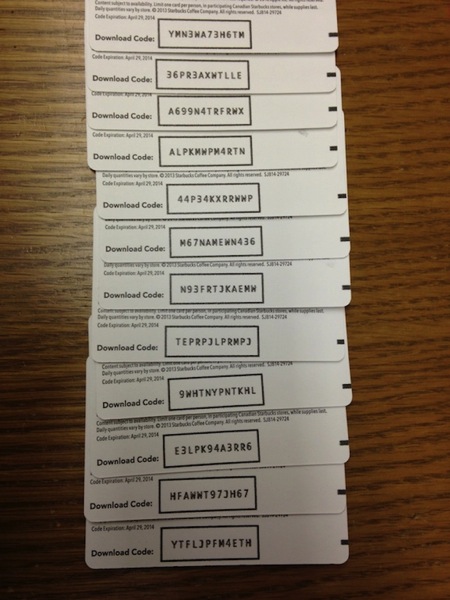 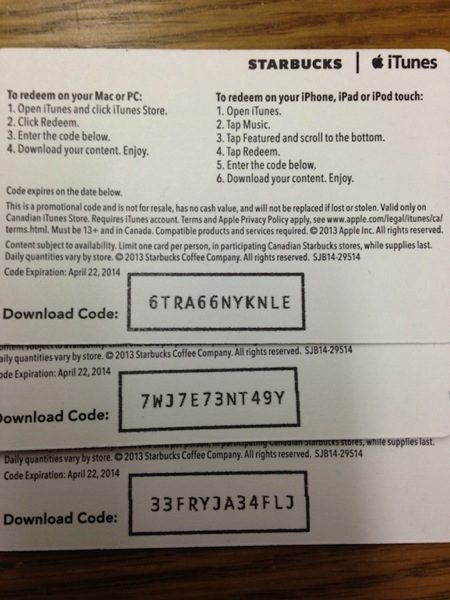 This is for the App of the Week, which will be a surprise: 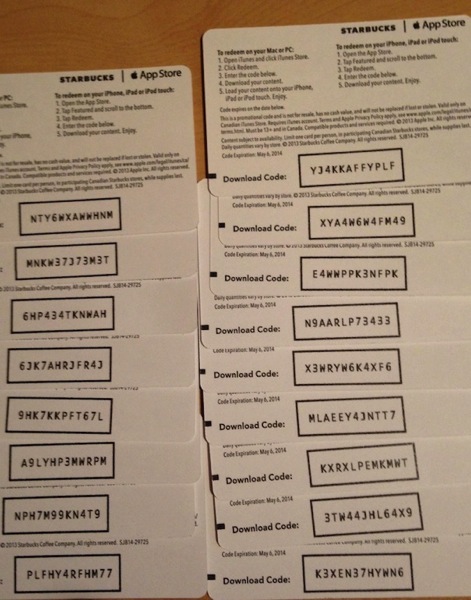 Redeem these while they’re hot. All you have to do is point your iPhone camera at them.

Thanks Jeff and Jeremy!