Apple has recently rolled out its latest iOS 13.2 update to the general public, which not only brings some interesting camera updates for iPhone 11 owners but also adds 398 new emojis to iPhones, iPads, and iPod touch devices. As noted by Emojipedia, Apple has become the first emoji vendor to implement the recommendations of Emoji 12.1. 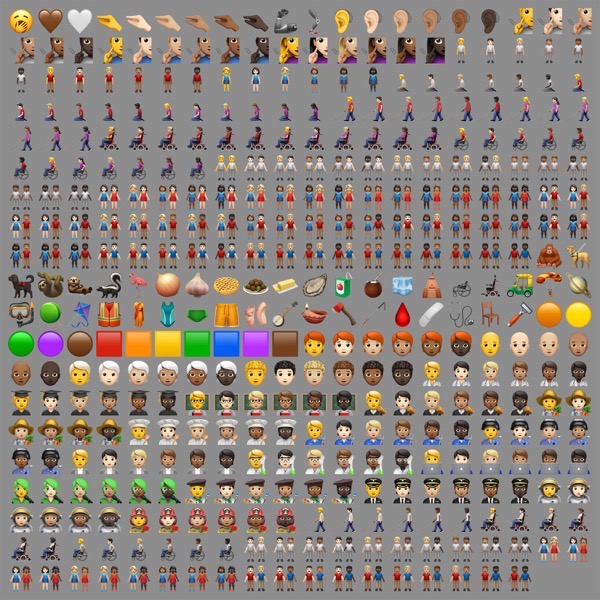 61 out of the 398 new emoji designs are for newly designated code points that were added to Unicode 12 back in March, whereas the remaining 337 are new zero-width-joiner sequences.

iOS 13.2 also expands gender neutral representation across the board, with Emoij 12.1expanding the recommended list of emojis to include gender neutral sequences for hair types (such as redheads or curly hair) as well as professions like the judge or office worker.

There are also 67 new accessibility-focused emojis in iOS 13.2, based on a proposal originally made by Apple in March of 2018.

In addition to a large number of new emojis, iOS 13.2 also updates a number of previously-available designs.