With the latest addition of Apple Maps in iOS 6, we received a new 3D view for select locations around the world (we compared Apple Maps to Google Maps in Canada here). How do these new 3D maps compare to those from Google Maps in the latest maps from Android 4.1 Jelly Bean (I still laugh at these OS names), as seen within Google Earth?

iPhoneItalia has posted some side by side comparison images. Let’s take a look to see which maps provide more detailed 3D maps shall we? 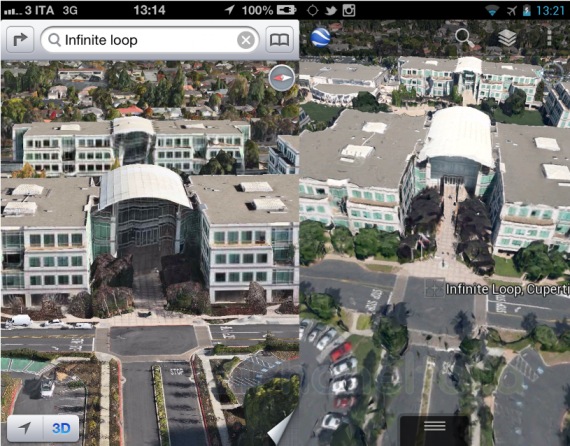 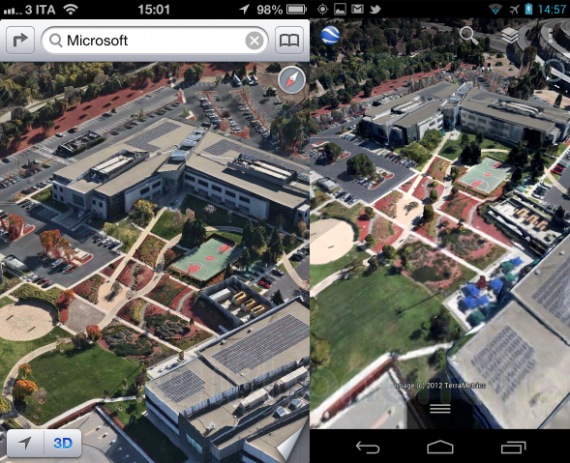 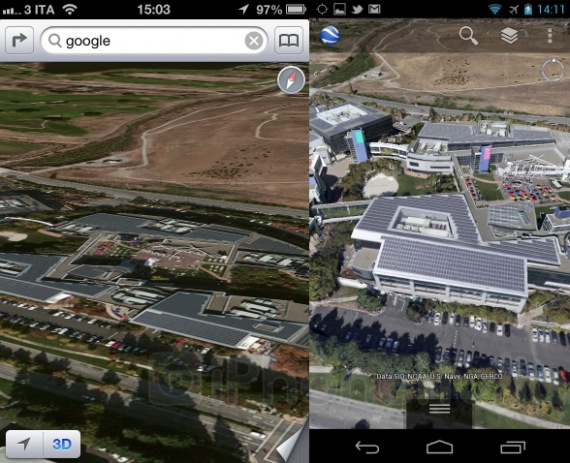 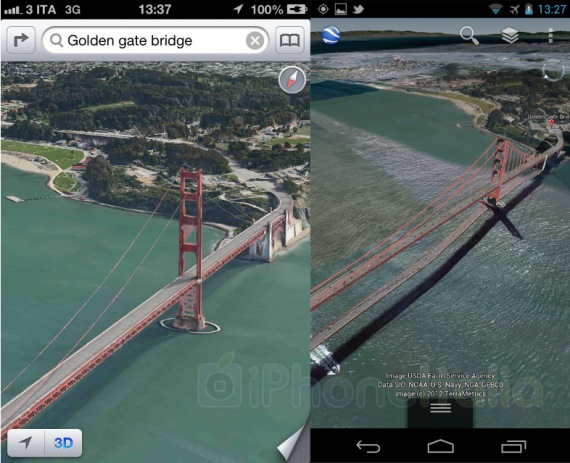 What maps look better in your opinion?

No matter how you look at it, the shift to Apple Maps in iOS 6 was by far one of the most significant changes for iOS users. Google Maps is definitely the leader when it comes to maps. When iOS 6 is officially released to the public this Fall, let’s hope Apple has nearly perfected its new mapping solution.

You can check out a couple other images of the Coliseum and Sydney Opera House over here.