According to an investors note issued today by analyst Timothy Arcuri of Cowen and Company, Apple is currently working on a new 4-inch iPhone model dubbed the ‘iPhone 6s mini’, that could debut in 2015 joining the current-generation screen sizes, AppleInsider is reporting. The analyst believes that Apple will introduce a total of three new iPhone models next year. 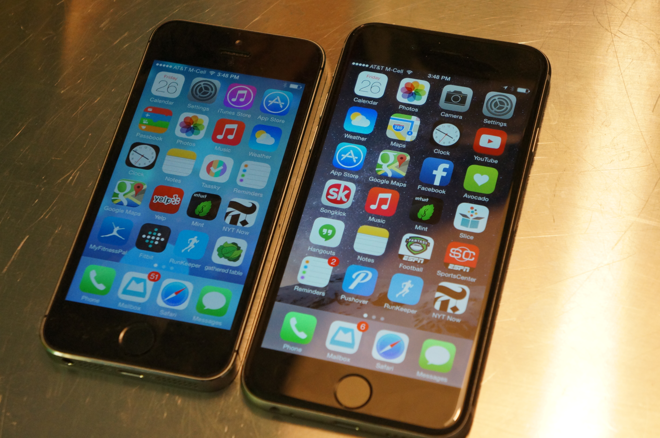 Arcuri, whose recent track record on Apple rumours is mixed, has said that his sources suggest the specifications of the 4-inch model could be similar to last year’s iPhone 5s, though the device may feature a new design with curved screen edges similar to the iPhone 6 and iPhone 6 Plus. Back in January, the analyst had correctly predicted a number of details about the iPhone 6, though he had incorrectly claimed the iPhone 6 Plus would have a more powerful processor.

“If his latest claims prove true, the new 4-inch device could be a replacement for the iPhone 5c, which currently occupies the low end of Apple’s smartphone lineup. According to Arcuri, the new 4-inch “iPhone 6s mini” may include “purpose-built low cost components” from Qualcomm to keep the price down.

Beyond the 2015 iPhone lineup, Arcuri also said this week that his supply chain checks suggest Apple is on track to launch a larger 12.9-inch iPad model in the spring. He expects the larger iPad will “reinvigorate” the product category, and has forecast initial shipments of 15 million to 20 million units.”

Tha analyst has maintained its “outperform” rating for AAPL stock with a price target of $113.