Nomad is the company that made the super handy ChargeKey (which we love), and last month they announced pre-orders for their new NomadPlus, which turns your Apple USB charger into a portable battery (which has 1500mAH capacity), able to charge your iPhone to about 70 percent.

If you missed out on the pre-order promo code that day to save 50% off, it’s not too late. Nomad has issued another promo code to save 40% off your pre-order plus free shipping to Canada and the USA.

All you have to do is enter the code NOMAD40 during checkout. 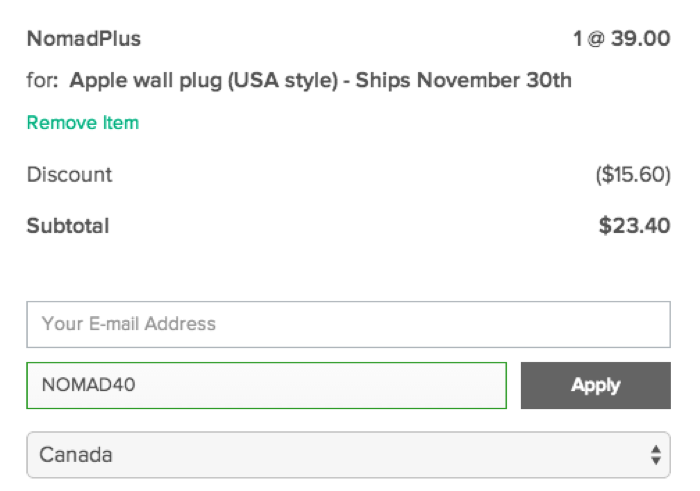 The innovative NomadPlus ships November 30, which is just over three months from now. By then, you’ll probably already have your iPhone 6 so the NomadPlus will be a bonus. This might make the perfect Christmas gift for that Apple fan in your life!

Click here to pre-order the NomadPlus and save 40% off with promo code NOMAD40, which is only valid for 24 hours.