Piper Jaffray’s Gene Munster has issued a new report to investors, breaking down expected Apple Watch average selling prices. The analyst predicts that the stainless steel Apple Watch will be priced at $499, while the 18k Gold Edition will sell for $4,999, AppleInsider reports. He also said that on average, consumers will spend closer to $550 on the device, considering case and internal storage options. 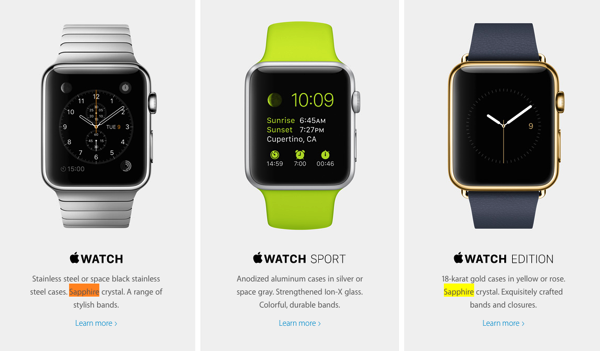 Based on current pricing for Apple’s silicon iPhone 6 cases, which come in at $35, Munster sees elastomer Apple Watch straps to start in a similar $29 to $35 range, while leather bands could be priced between $49 to $59. Pricing for metal bands like the link bracelet and Milanese loop are more difficult to determine, but the analyst believes steel versions will come in at $99, while gold bands could be priced into the thousands of dollars.

“If you assume that 55 percent of bands purchased are elastomer, 35 percent leather, 10 percent steel, and about 5,000 total gold bands are sold, the average band ASP could be around $50,” Munster writes.

Lastly, Munster expects the Sport model to make up 55% of overall Watch sales, while the mid-tier Apple Watch will take 45%. As for Apple Watch Edition, Munster believes Apple might sell roughly 10,000 units this year.

Based on what we know so far about the Apple Watch, which model do you plan on getting?