A new Youtube video from PhoneBuff will show you over 50 different Siri voice commands, which help demonstrate what Apple’s virtual assistant is currently capable of. Siri was being used on an iPhone 5S running iOS 7 in the video. 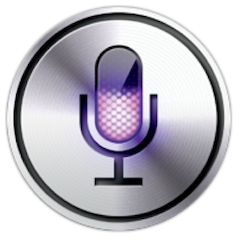 While you may already be aware of Siri’s many talents, you may not know that you can ask Siri what someone’s been tweeting about lately, or even find out where your friends are physically at that moment. The video shows you all that and much more. Keep in mind that the sequences in the video have been shortened to keep a relatively fast pace.

Those who’d like to know what Google’s updated voice assistant is capable of, below is the 50 Google Now commands video for your viewing pleasure:

Alexa is getting smarter and more complex every single day by finding new ways of applying learned  behaviours  to new and different scenarios. Currently built into more than 100,000,000 devices worldwide, Alexa and the Echo suite of devices continue to evolve. Check out the top Amazon devices and Alexa updates you need to know for...
Usman Qureshi
3 mins ago