Yesterday we wrote about the 64 GB iPhone 4, and today it turns out that phone is indeed real. The folks over at M.I.C. Gadget got hands on with the 64 GB iPhone 4 prototype, which appears to have been leaked from the Foxconn factory.

The prototype is similar to the one Gizmodo ‘found’ in a bar. There are no “+/-” symbols on the volume controls, a lack of silver ring around the back camera, and on the backside of the case reads “XXGB”.

Words from the owner:

Apparently, this 64GB iPhone 4 is not for sale in grey markets of Hong Kong. The owner of this engineered prototype told us that he got it from a source who has a small quantity of these prototypes. They are definitely leaked from Foxconnâ€™s factory in Shenzhen. Whatâ€™s more, according to the owner, he believes that the next iPhone will bring 64GB storage capacity to users.

Here’s the hands on video:

It would make sense for Apple to increase the capacity of storage, as I don’t think networks are ready to rely on a dedicated cloud-based solution for extra storage. As with the evolution of storage on iPods, it is inevitable iPhone capacities will increase as well.

What do you think? Could we see a 64 GB iPhone 5 coming this summer? 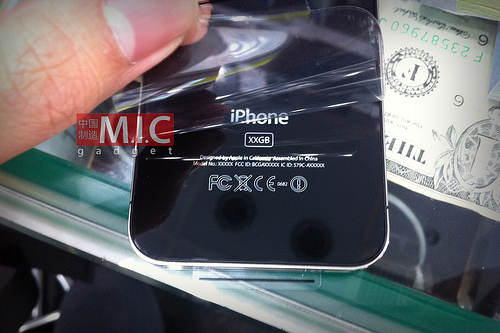 Meta is finally making digital collectibles available to everyone on Instagram in Canada, by enabling them to share and display their NFTs on the social media platform. Web3 technologies like blockchain and tokens like NFTs are an important aspect of the economic and community-building potential of the metaverse. Meta says enabling NFTs on its platforms...
Usman Qureshi
10 mins ago

In partnership with the Orange Shirt Society, Meta has announced the launch of a new AR effect on Instagram titled “Orange Shirt Day” to raise awareness about the impact of the residential school system. The effect, developed in collaboration with the National Centre for Truth and Reconciliation (NCTR), is inspired by the experience of residential school...
Usman Qureshi
34 mins ago

Apple has removed The OG App, an ad-free and suggestion-free Instagram client created by a startup called Unf1feed, from the App Store — reports TechCrunch. The iPhone maker explained in a statement to TechCrunch that The OG App was removed earlier this week for violating Instagram owner Meta's terms of use for the service, which in...
Nehal Malik
35 mins ago