Belly has today announced the expansion of its partnership with 7-Eleven stores in more than 2,000 locations across the U.S. and Canada. According to the press release, 7-Eleven customers will now be able to use Belly’s universal loyalty program to earn points and redeem rewards at 7-Eleven locations along the American East Coast and Vancouver, B.C., Canada. 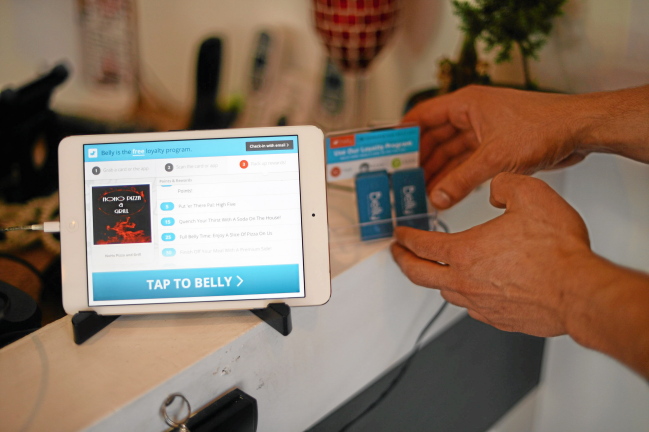 The expansion builds upon the initial installation of Belly at 7-Eleven stores, a system that uses in-store iPads for points redemption. Starting this month, 465 locations in New York and Vancouver, will implement Belly’s program. By the end of this year, over 2,600 7-Eleven stores’ loyalty will be powered by Belly’s digital marketing platform. This will bring the total participation to one-quarter of 7-Eleven’s locations in the U.S. and Canada.

“Our partnership with 7-Eleven proves our ability to increase customer spend and frequency of visits at the enterprise level,” said Logan LaHive, Founder and CEO of Belly. “There’s a need for large retail chains to have the right tools to track online and offline customer behavior and Belly provides this for them.”Not only does Belly provide 7-Eleven guests with unique, customized rewards, but also is leading a variety of marketing initiatives for 7-Eleven.

Belly members can earn points at participating 7-Eleven locations with their Belly app or physical BellyCard. These points can then be redeemed for rewards such as “Name The Slurpee Flavor Of The Month” and “Free Coffee For A Year.”