For the first time since Apple rolled out iOS 15 in September last year, the company has updated its iOS 15 installation numbers, revealing that the latest iOS release is now installed on 72% of all iPhones from the last 4 years (via MacRumors). 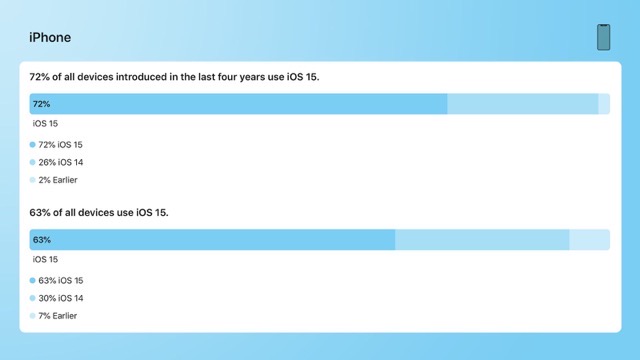 For the iPad, the installation numbers are, however, relatively lower. Nearly 57% of all iPads introduced in the last 4 years are running iPadOS 15, whereas 39% continue to run iPadOS 14. 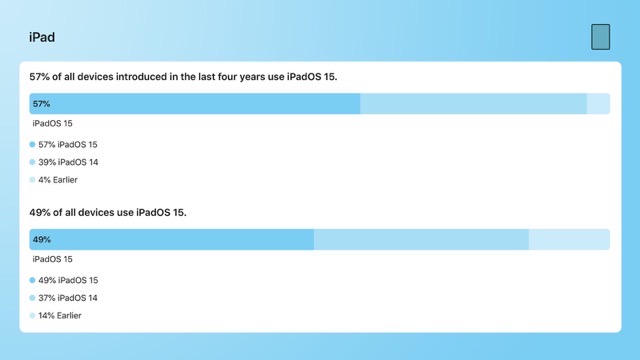