Are you a developer that is involved with the iPhone SDK? If you are, then you most likely have access to the latest iPhone OS 3.0 beta firmware. People have been able to install 3.0 beta on their current iPhones, giving them a sneak peek at the firmware which will be fully released in the summer.

While it’s all fun and games to install 3.0 on your current 2.2.1 iPhone, BigBoss wrote 8 reasons why you should NOT install the beta on your iPhone. In particular he’s talking to people who aren’t part of the SDK.

I’ve been getting some emails asking “where can I download 3.0 beta?”. These reasons should give you some insight on why you should hold off until the summer.

BUT wait…local iPhone hero X1Zero is part of the iPhone SDK and he has recently installed iPhone OS 3.0 Beta on his iPhone 3G (he’s trying to build an app that will help him escape his fear of sunlight). I told him about these 8 “warnings” but he had a rebuttal for each reason. Here they are:

1) The iPhone OS will probably expire every couple of weeks. If you are out and need a phone the day it expires you are screwed. You will not be able to use the iPhone until you restore to the “upgraded” version. If the current version is “leaked” (meaning you are not a developer and got it through unofficial means), there is no guarantee you will have access to the next beta to keep the iPhone running.

X1Zero Counterpoint: Since I am a developer, the “expiry” of the beta will never affect me. In other words, become a developer, and you win. However, I do agree that if you are not a developer, you will be making a mistake updating to 3.0


2) The iPhone v3.0 OS is due out for this summer. That puts the release date to be about 3 months away still. That is a long time! The OS is not done. Why would you want to run a buggy incomplete OS on your iPhone?

X1Zero Counterpoint: Yes I would want to run a laggy OS on my iPhone because I am running 3.0. The only lag I experience is the same as you would feel if your iPhone is jailbroken and running Winterboard. But why wait until Summer when you can haz iPhone OS now!


3) The beta will have compatibility issues with some apps.

X1Zero Counterpoint: Nothing that I have seen thus far.


4) You will not be able to jailbreak your beta.

X1Zero Counterpoint: What is the point of jailbreaking when you have all the features of jailbreaking in 3.0. Atleast this is my reasoning. You have MMS, tethering, A2DP. I mean, aside from making custom springboards, that’s all really. Plus, the dev team already announced that 3.0 is jailbroken and we simply await that software.

X1Zero Counterpoint: I have the new features. I need not read!


6) Your 3g baseband will be updated, and you cannot go back. Yellowsn0w on 3g will also stop working. There will be no fix for this. It is permanent!

X1Zero Counterpoint: This one is more a personal preference. I have no need for an unlocked iPhone, hence Yellowsn0w is useless to me.


7) The 3.0 beta is likely very battery hungry and has a lot of debug symbols in use. It is likely also to use more memory than expected causing some apps to outright crash. Such is often the case with beta operating systems.

X1Zero Counterpoint: Oh its battery hungry alright! And yes, it does crash, but this is no different than what I experienced when my 2.2.1 was jailbroken.


8.) The 3.0 beta baseband is likely to not be very efficient and tested.

I completely agree with BigBoss that unless you are a developer, you do run some risks to your iPhone by installing 3.0 beta. There have been reports in the MacRumors forums that some people have run into bricked iPhones by installing 3.0. The risks also increase if you download the 3.0 firmware through “other” means.

Aside from the bugs in the OS, do you really want to put your iPhone at risk by installing beta software? I’d rather have the fully complete, and functioning 3.0 in the summer. Yes, the summer is months away, but patience is a virtue [I have no patience -X1Zero]!

Here are some screenshots of some undocumented iPhone firmware 3.0 Beta features. People have been discovering these while exploring the 3.0 Beta.

Apple mentioned USB/Bluetooth tethering but said they are working it out with mobile carriers. Could this mean the end to PDAnet? The thing is, Bluetooth is not the fastest connection, but for moving files it could be very handy. Developer Steve T. stumbled across this recently: 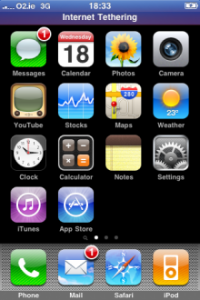 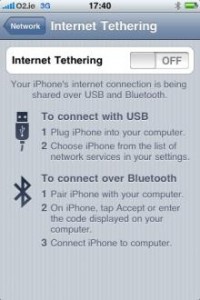 The Find My iPhone via GPS would be very handy, especially if you lose your iPhone. 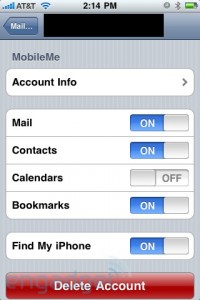 Video recording?! Could this be really true? 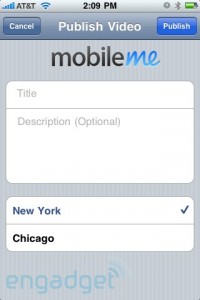 iPhone OS 3.0 Beta keeps on rearing its head with new features and hints about what we’ll be getting once the summer rolls around. I’m pretty stoked for the final version of 3.0, and can’t wait to install it!

Have you tested out iPhone OS 3.0 Beta yet? What do you think of it so far?