A Closer Look at iTunes Match and iCloud Status Icons

Earlier today, Apple finally launched iTunes Match in the US, along with iTunes 10.5.1 to the rest of the world. For our American friends, iTunes Match allows your music library to be matched to the cloud for $24.99 annually.

With the new version of iTunes, those in the US using iTunes Match will see new icons beside their songs, to inform you of the status of your songs being uploaded to iCloud. Think of this as a preview of what’s to come for Canada and the rest of the world, as this support document reveals (via The Loop):

A closer detailed look at iTunes Match is detailed by Macworld’s Jason Snell. He goes over how iTunes Match looks like as your library is being uploaded to iCloud:

By going to View Options, you can adjust what is displayed: 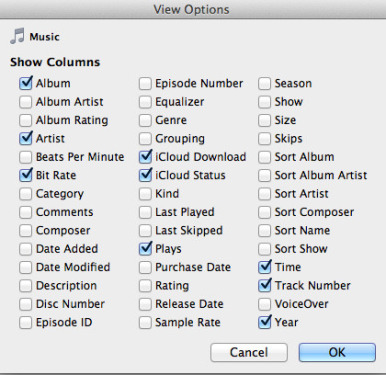 As Canada and the world patiently awaits the launch of iCloud soon, as announced by Apple’s Eddy Cue, all we can do in the meantime is observe our US neighbours enjoy the new service. Or, if you have a US iTunes account you can already get the service a try, but it can get messy with multiple accounts on various devices.