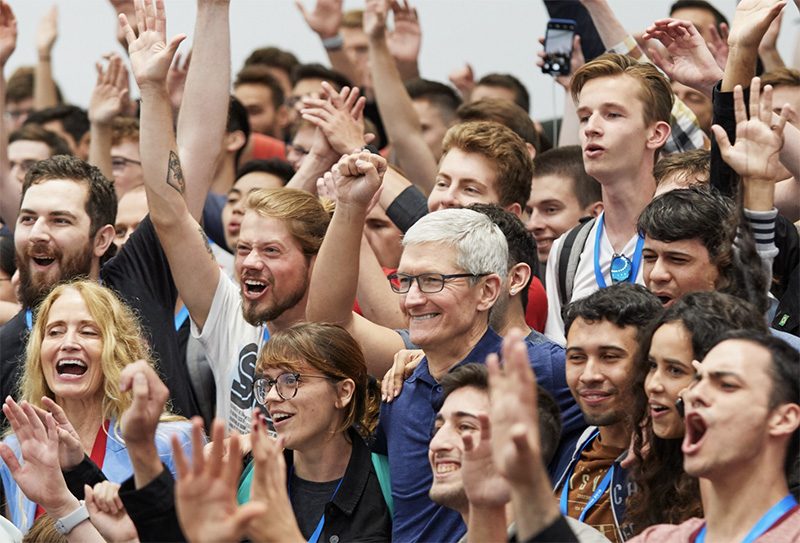 Last week, Apple hosted nearly 5,000 developers in San Jose for its annual Worldwide Developers Conference. Among the attendees were 350 scholarship winners, who each received a ticket and free lodging for the week.

If you are a student who is above the age of 13 and attends an accredited school, you can apply to be a WWDC scholar. This year all applicants had to create a short interactive scene in a Swift playground. Here is an example of a winning submission from this year’s applicants:

All scholars arrived on Saturday, June 2nd and proceeded to check into the San Jose State University dorms, which are located very close to the McEnery Convention Center. WWDC scholars got a bunch of privileged while attending the conference, including a tour of Apple Park and the Steve Jobs Theatre.

All the scholars got reserved seats to watch the Keynote and later got to meet with some Apple engineers in some hands-on lab sessions. Several scholars participated in other events during the conference, including the WWDC Run with Nike+ Run Cub and John Gruber’s chat with Apple’s vice president of marketing Greg Joswiak and vice president of AR/VR engineering Mike Rockwell.

If you are interested in learning more about a day-in-the-life of a WWDC scholar or if you want to know more about some of the scholarship winners, check out MacRumors post here.