A Look Into Why The iPhone 5 Doesn’t Have NFC 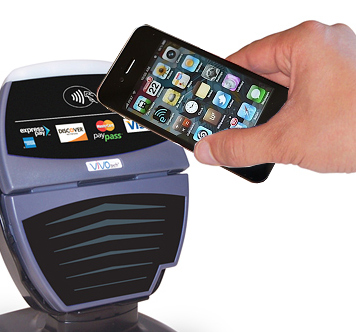 When the iPhone 5 was present in the rumour-books throughout August the largest question about the handset was near-field-communication. A handful of followers had faith that Passbook would tag along the feature, while others failed to make sense of the asset. At one period an unknown chip was thought to be NFC-related until Brian Klug from AnAndTech briefly explained why the iPhone 5 would have trouble incorporating the feature.

Brian Chen of NYTimes has recently reiterated similar statements of Klug explaining some of Apple’s various reasons for leaving out NFC on the iPhone 5. The main issue is that the aluminium and glass body of the iPhone causes information transmission issues, according to analyst Will Strauss.

“N.F.C. employs lower-frequency operation than cellular, requiring a longer antenna,” Mr. Strauss said. “That antenna is often wrapped around the battery in some cellphones, but a metal back shields any radio waves from reaching a nearby data terminal. Only plastic, Kevlar or similar backings will allow the radio connection for mobile payments. Clearly, Apple chose beauty over functionality with its aluminum back.”

Well, for Apple that could have been an easy fix; just revert back to an all-plastic casing. Apparently Apple banks their big-bucks based on their five-star design of their phone. The wireless payment market after all isn’t very large, it’s actually rather smart for them to await the growth because chances are few people would take advantage of the system during the first year.

If you want to know why Apple’s Senior Vice President Phil Schiller said the iPhone 5 doesn’t have NFC, click here to find out.