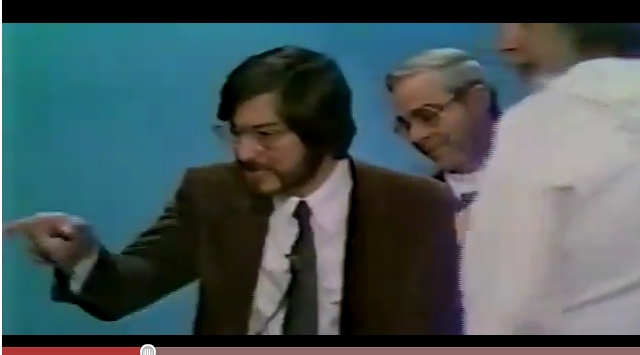 Steve Jobs is away on medical leave from Apple, but he’s still actively involved with decisions from home. On stage, the Apple CEO is calm as a cucumber. Rarely does he show signs of nervousness–until now.

Flash back to 1978, and we have a young 23 year old Steve Jobs getting prepped for his first TV interview, with Nightline. The video was uploaded from an old VHS recording via YouTube user radi0chik. Listen closely as he is amazed when he first seems himself on television. Also, he asks where the restroom is as he’s “ready to throw up at any moment”. This is pure gold:

While releasing the first trailer for the Antoine Fuqua-directed historical drama, Apple has today announced that Will Smith’s next film ‘Emancipation' will premiere in theaters on Dec. 2 and will stream on Apple TV+ starting Dec. 9. According to Variety, Apple’s decision to delay the film to 2023 after Smith became embroiled in controversy for slapping...
Usman Qureshi
10 mins ago

Even though Sony's first VR headset took 8 months to sell a million units, the company is betting big on its next-generation PlayStation VR2 headset with an increased production plan, according to Bloomberg. Citing people familiar with the matter, the publication notes that Sony is planning to make 2 million units of the PlayStation VR2...
Usman Qureshi
29 mins ago