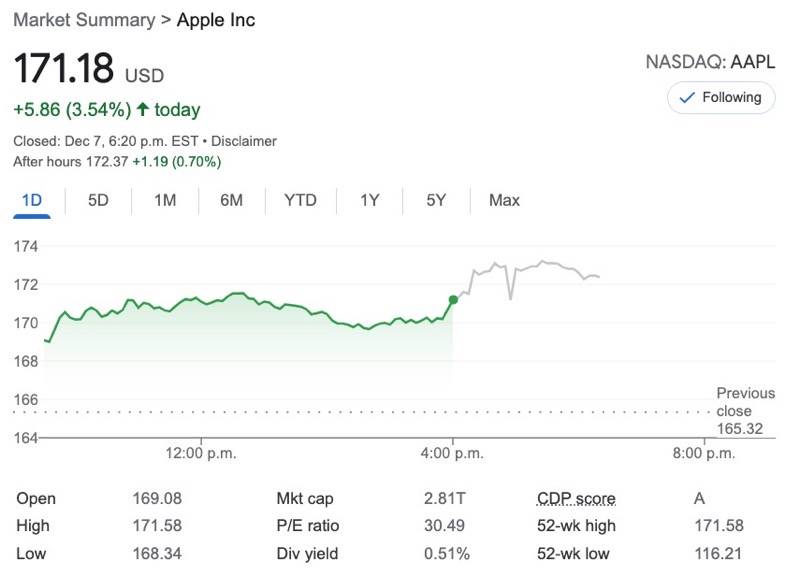 According to Morgan Stanley analyst Katy Huberty on Tuesday, she believes Apple’s share price will hit $200, up from a previous price target of $164 (via The Motley Fool).

“Today, we know that Apple is working on products to address two significantly large markets – AR/VR and Autonomous Vehicles – and as we get closer to these products becoming a reality, we believe valuation would need to reflect the optionality of these future opportunities,” said Huberty, referring to Apple’s self-driving car plans and apparent augmented reality products being developed.