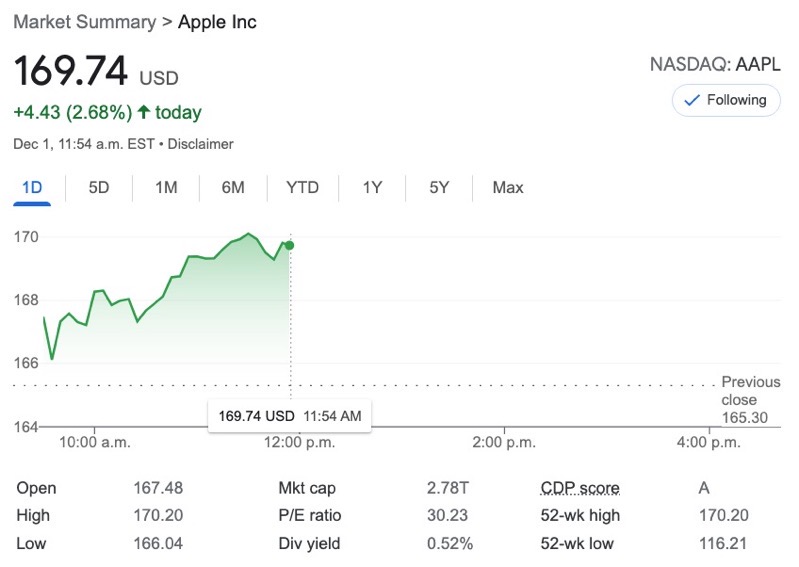 Apple’s stock price has hit a new all-time high on Wednesday, touching $170.20 USD per share. The company’s market cap now stands at $2.78 trillion USD. Over the past year, the company’s stock has increased 37.8%.

The rise in stock price may be attributed to the latest UBS research note (via Seeking Alpha), which said wait times for Apple’s iPhone 13 lineup has improved in the U.S. and China.

In China, iPhone 13 and iPhone 13 Pro Max wait times are at 18 days, with the most expensive model yet to see wait times drop to last year’s model, suggesting “stronger demand”.

Earlier this week, it was rumoured Apple was set to debut its third-generation iPhone SE in the first quarter of 2022.