Back in June, ABC News launched a new Apple TV channel providing 24/7 access to live and on-demand content. Almost six weeks after its availability, ABC News has put together an interesting infographic titled “The First 30 Days of ABC News in Apple TV” that shows how the channel is being used (via MacRumors).

Below are some highlights from the graphic:

– Live video usage on Apple TV, which accounts for 20 percent of channel views, is 50 percent higher than on mobile and desktop combined.

– Peak usage for the ABC News Apple TV channel falls at 9 PM Eastern Time, likely due to that time period encompassing evening viewing hours for most of the United States.

Check out the full infographic below and share your thoughts with us in the comments section: 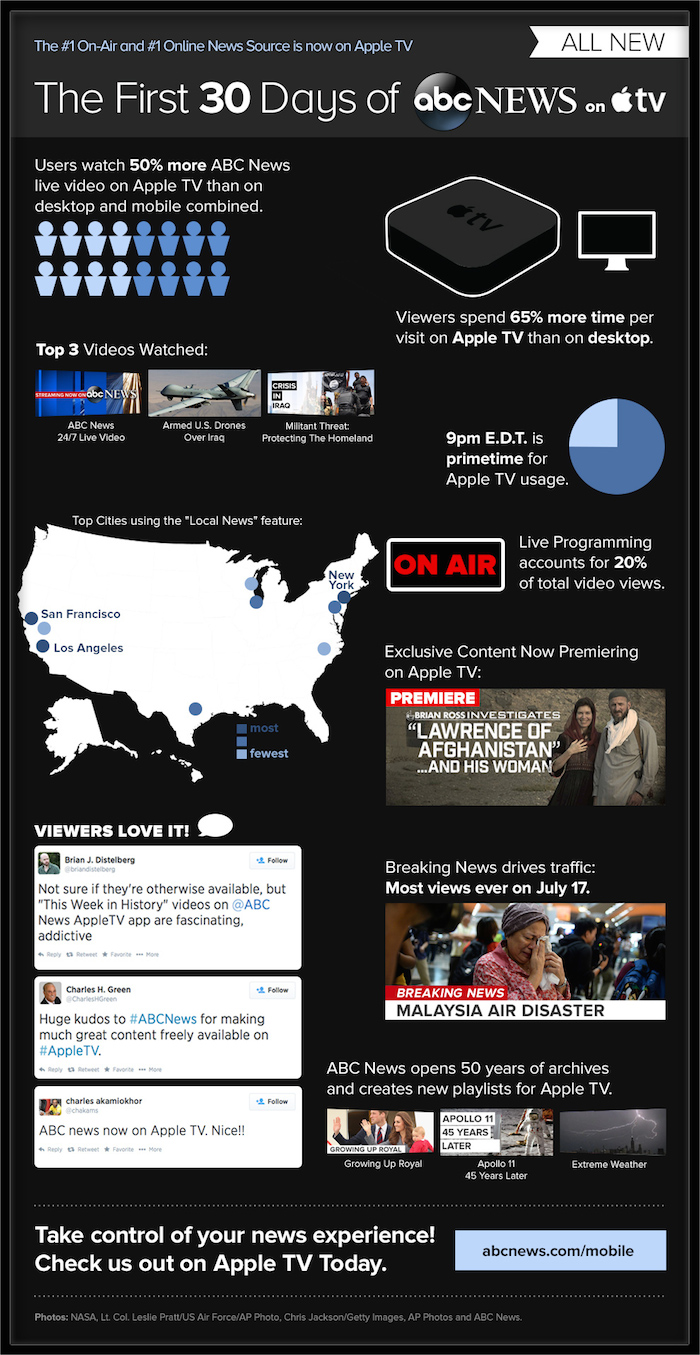