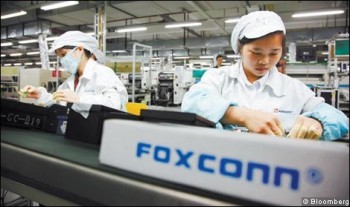 Apple recently noted the Fair Labor Association would begin audits of its supply chain factories in China, an industry first. Now, Apple is taking a further step towards transparency by giving exclusive access to ABC ‘Nightline’. Bill Weir is the first journalist ever inside factories in Shenzhen, China to get a real glimpse at what life is like for workers. He goes on to note:

“For years, Apple and Foxconn have been synonymous with monster profits and total secrecy so it was fascinating to wander the iphone and iPod production lines, meet the people who build them and see how they live. Our cameras were rolling when thousands of hopeful applicants rushed the Foxconn gates and I spoke with dozens of line workers and a top executive about everything from hours and pay to the controversies over suicides at the plant and the infamous “jumper nets” that line the factories in Shenzhen. After this trip, I’ll never see an Apple product the same way again”

The relationship here between Apple and ABC? When Disney purchased Steve Jobs’ Pixar Studios, he became the largest single shareholder of Disney stock, with 138 million common shares, or 7.7% of the company. After Steve’s passing the shares were moved to a trust fund held by his wife, Laurene Powell. Disney is the parent company of ABC.

The special will air in a couple days on Tuesday, February 21st at 8:35PM PST/11:35PM EST on ABC. It will be interesting to see just how much ‘access’ ABC is given by Apple so you’ll want to watch this.