Ahead of the launch of a similar payment service on its iMessage app, Apple has banned Westpac Banking Corporation’s Keyboard feature on iOS devices, that allows customers to make payments in chat apps such as WhatsApp and Facebook Messenger.

According to the Australian Financial Review, Apple’s controversial decision has caught the attention of Australian Competition and Consumer Commission (ACCC), amid concerns it could be attempting to remove rivals. The Australian watchdog will now be seeking a proper explanation from the Cupertino company, in order to assess if any further action is required. 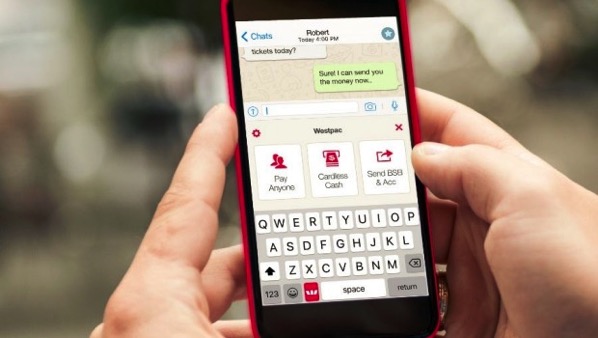 Apple wrote to Westpac last week saying that its three-month old Westpac Keyboard feature would no longer be allowed on iPhones, with a vague explanation that keyboards should not be used for making payments. The news came as a shock to Westpac, which said thousands of customers had been using the app feature since it was unveiled in March, and comes as Apple is preparing to launch a payments service in its own iMessage service.

The Australian Competition and Consumer Commission chairman Rod Sims has said that he will be seeking a proper explanation from the phone maker. “We will be making contact with both Westpac and Apple to fully understand the facts. These are complex issues but we already have a good base of knowledge,” Mr Sims said.

In an earlier ACCC inquiry, Apple’s submission had played up the fact that it offers banks, including Westpac open access to its App Store for their mobile banking services, and doesn’t restrict them from competing.

Apple’s iMessage payments in iOS 11 will be introduced in the US later this year, and will work by allowing users to tap a button in their chat and send money via Apple Pay. No Canadian launch date for Apple Pay via iMessage has so far been announced.