AgileBits Details the Accessibility Features in 1Password for iOS

In an official blog post at AgileBits, the developers have detailed some of the technologies they have taken advantage of to improve accessibility in 1Password for iOS. From large type fonts to colourful numbers in passwords for those with impaired vision, 1Password offers a variety of accessibility features for all.

As shown above, 1Password colours numbers and symbols differently in passwords, using specific colours that can be easily seen by those who have trouble distinguishing different shades of a colour.

“We have tested for deficiencies related to protan, deutan, and tritan. Those with achromatopsia (no ability to distinguish colour) must rely on character shapes to tell them apart. 1Password therefore offers a choice of fonts to make it easy to distinguish between the letter o and the number zero; and between lowercase l, capital I, and the number one.”

1Password provides a large type font feature that displays the password as large as possible for easy reading when entering it elsewhere. 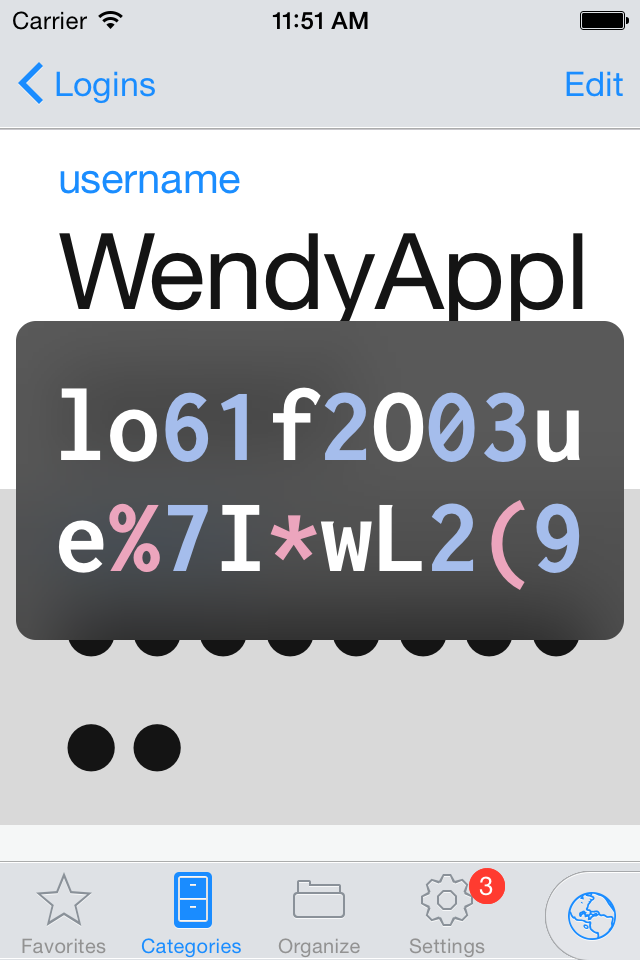 1Password takes advantage of VoiceOver in iOS by ensuring all of its interface elements and data values are properly labeled for accessibility so VoiceOver can read them aloud in a context that makes the app more usable.

The developers are also actively looking for user feedback so if there’s any accessibility feature you would like to see in 1Password for iOS, you can let them know.