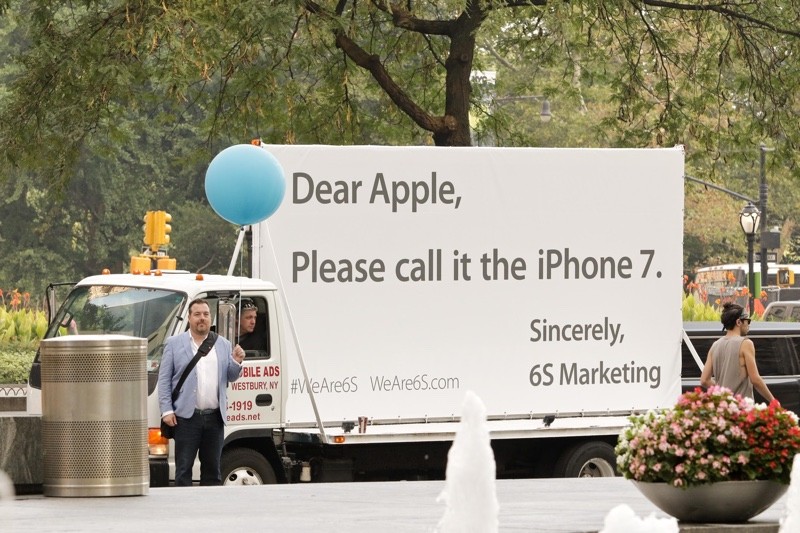 According to an interesting report by MacRumors, a New York based ad agency named ‘6S Marketing’ is persuading Apple to change the name of its upcoming iOS device from “iPhone 6s” to something else like “iPhone 7”. In an open letter addressed to Apple, the firm writes “Dear Universe, Please call it the iPhone 7. Sincerely, 6S Marketing.” The company has also published the letter on several billboards across the city. (see below). 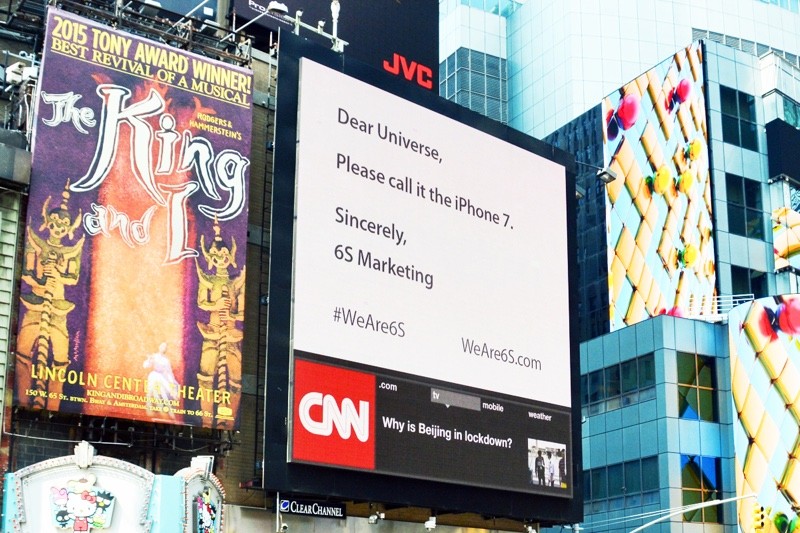 6S Marketing has also posted the letter on its website, where it goes on to say that the company has heard rumors the next-generation iPhone will be called the iPhone 6s, and urges Apple to “reconsider” before detailing the company’s long history.

See, our company name is 6S Marketing, but our clients, friends, and colleagues simply refer to us as good ol’ “6S.” It’s a small name but a big part of our identity — one we’ve been using since 2000, when we started this company in my tiny apartment. At that time, we didn’t think that one of the biggest, and most well-respected, companies would use it to name a mobile device. (We were still using Motorola flip phones at the time, after all.)

With less than a week to go before Apple unveils the iPhone 6s and 6s Plus smartphones, it won’t be possible for the Cupertino giant to make any changes to ts own marketing materials or the device’s packaging, something 6S Marketing would likely know as well.

Do you think this could simply be a publicity stunt from the advertising firm?

The Canadian Radio-television and Telecommunications Commission, the country’s broadcasting and telecommunications regulator, announced on Monday morning its website and phone lines are down for the count, in what appears to be an unscheduled outage. “Please note that our website, its related applications and phone lines are temporarily unavailable, we will update you as soon as […]
Gary Ng
16 mins ago