You Can Now Add a Guest to Your Instagram Live Broadcasts 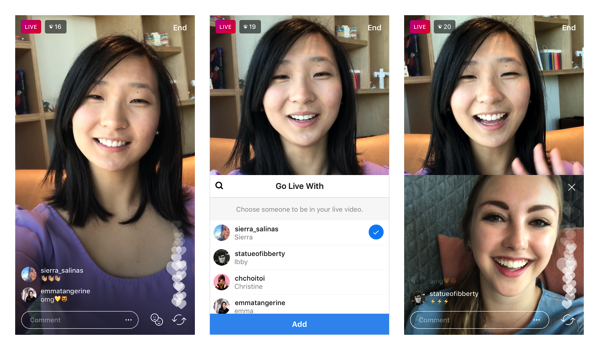 Instagram has today announced that select users can now add a “guest” to their live broadcasts, essentially adding a second contributor to the livestream. This would allow users to have a live conversation with a guest, and broadcast both sides of that chat to their followers. According to Engadget, the new feature is rolling out slowly, so you may not see it enabled for your account just yet.

Once you have a guest in your livestream, you can boot them out any time you want and add another, or the person you invited can also leave at any time. When you’re livestreaming with a guest, followers will just see the screen split 50/50 between what your camera is broadcasting and what the other person in the stream is shooting.

Currently, you can only add one person to the stream and there’s no word on whether Instagram will let you add multiple guests in future or not. You can also share your live video to stories when your broadcast has ended, or you can simply choose “Discard” and your live video will disappear from the app as usual.

Instagram says that it is only testing out this feature with a “small percentage” of users for now, and that it will be rolled out on a bigger scale globally in the next few weeks.