Add iPhoneinCanada.ca to Your Google+ Circles!

Google announced yesterday the ability for Google+ pages to be setup, similar to Facebook. So, of course we had to create a Google+ page for iPhone in Canada, right? 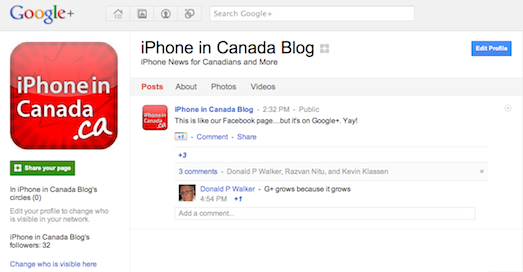 Add us to your G+ circles–go!