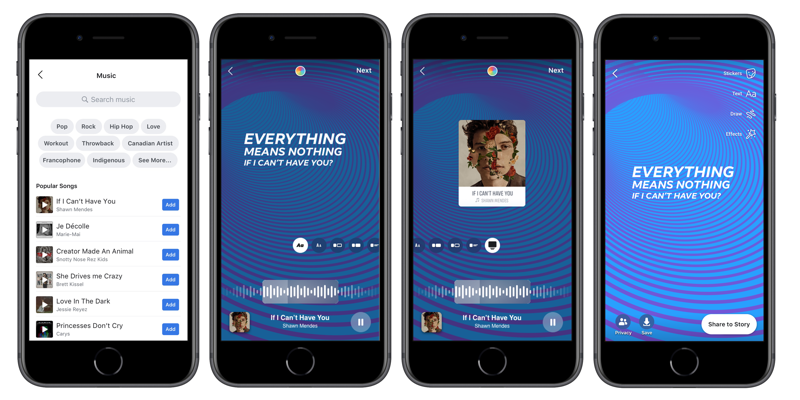 Facebook has announced you can now add music to various posts on its social network, along with Instagram, thanks to the launch of Facebook Music in Canada. The ability to add music to social media posts has been available outside of Canada for a while now, but now Canadians can take part.

You’ll be able to add music and lyrics to your Stories on Facebook or Instagram and also be able to customize the style and shape of lyrics, like a sticker. Lyrics will show up automatically if they are available for a song.

For your Facebook profile, you can now add videos with music and pin songs to your profile, so friends can “learn more about your musical taste and preferences.” 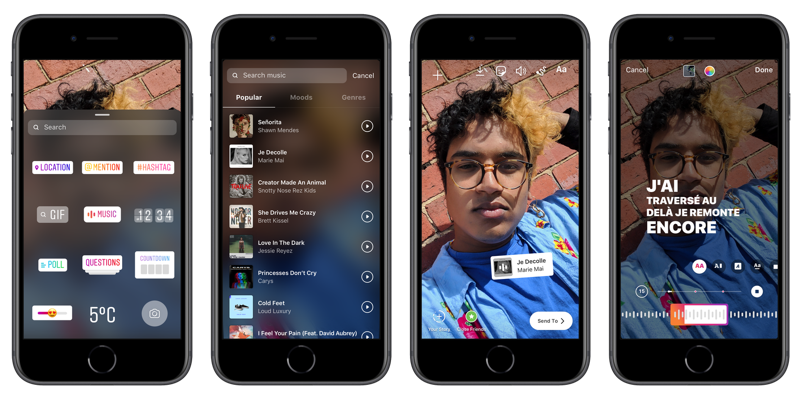 For Instagram Stories, you can now add music to the questions sticker, which lets your friends respond with a song from the music library.

“One of the ways this comes to life is through the music people can search and share. We’ve created unique Canadian-specific themes, so when searching for a song to include in a personal video or Story, people across Canada will find a huge library of music by Canadian artists. This includes beloved icons, chart-topping artists, as well as indigenous artists like Snotty Nose Rez Kids and Francophone artists like Marie-Mai, in addition to millions of international songs,” explains Facebook to iPhone in Canada.

Back in September, Pluto TV announced it would be launching in Canada in December and as of today, the free ad-supported streaming TV service is now live. This new Free Ad-Supported Streaming Television (FAST) service is from Paramount Global, with Corus Entertainment Inc. as its Canadian partner. Pluto TV says it is the world’s leading […]
Gary Ng
52 mins ago