Remember that jailbreak tweak named ‘Gridlock’, that lets you arrange the icons on your iPhone home screen any way you want? Well, a similar effect can also be achieved by adding spaces between app icons on the home screen by using a neat trick, without having to jailbreak your device (via AppAdvice). 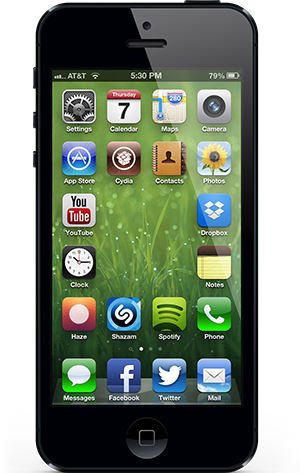 First of all, arrange the last row of apps on your home screen in this configuration: one app, then a folder with two apps inside of it, and two more apps (see image below). It doesn’t matter which apps you use.

Open the folder in that row and put icons in wiggle mode (tap and hold). Now without lifting your finger, drag any one of the two apps out of the folder and on top of the fourth icon on the bottom row, as shown in the following image. 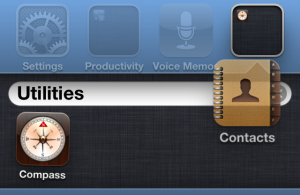 Now hold it there until iOS creates a folder with the two apps, but don’t lift your finger yet.

Once a folder has been created, continue dragging that app from step 2 across the inside of the folder you’ve just created, then drag it back into its original folder and release. You’ll now have 2 folders on the bottom row of the home screen.

When you open the new folder, put the app inside of it into wiggle mode and drag it to a position on your home screen where you’d like the space to appear. As soon as you lift your finger, the app will vanish from the home screen and leave a nice little space. The app itself would move to the second page of the home screen.

Repeat the process as many times as you’d like to get the layout you want. The space created will act just like an app so you can easily move it around and reposition.

Note: Once you’ve used an app to create a space, it will not be allowed back on that home screen page.