Only yesterday, Nike showed off its upgraded Nike+ Fuelband SE and today, Adidas has responded with its all new smartwatch at GigaOm’s Mobilized conference in San Francisco. Paul Gaudio, vice president of Adidas Interactive, said that the new smartwatch targets runners and will be available on Nov. 1 for $399 (via GeekWire). 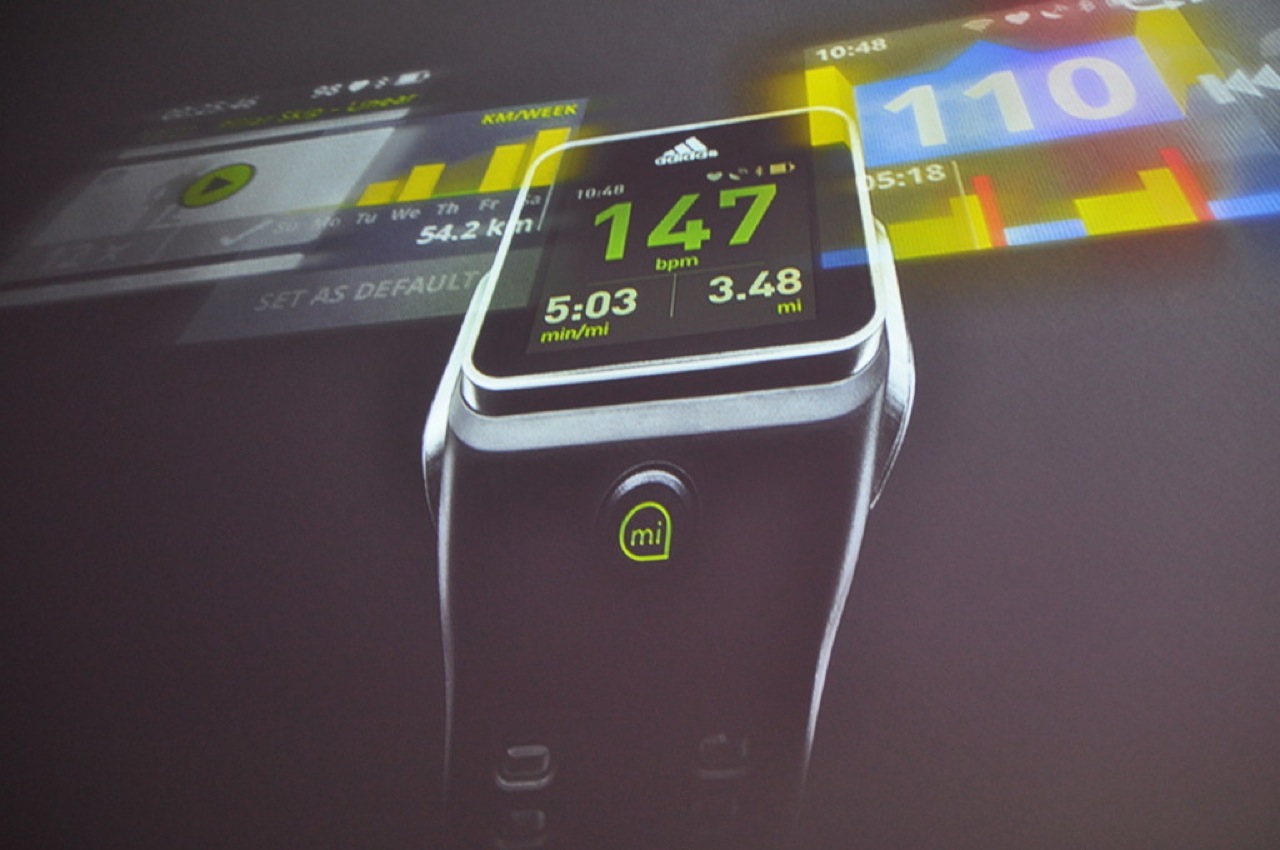 Aimed primarily at runners, the Adidas smartwatch will have GPS and will not only measure speed and distance but also provide personal training coaching based on your heart rate, thanks to the built-in heart rate sensor. The watch will provide its feedback and heart rate training guidance either through its display and vibration, or over Bluetooth headphones. Unlike other smartwatches, Adidas notes that the watch can act as a standalone device and will have a media player onboard so you can use it to listen to music.

Olof Schybergson, CEO of design company Fjord, which helped adidas design the watch, was with Gaudio on stage. When asked by GigaOM senior writer Katie Fehrenbacher how he imagines wearable technology for athletes will evolve, he said it will likely follow a less is more path.

Echoing Gaudio, he added that athletes are saying that they want fewer sensors and are already leaving the smartphone behind because it’s too bulky and not specific enough to their needs.

“For the most sports… my bet is on the wrist,” he said. “With the wrist, we already have this habit that has been there for ages… it’s not socially intrusive and it doesn’t introduce a lot of social awkwardness.”

Adidas is still leaving a lot of details out, but we’ll be sure to update you as soon as they are made public.