Last month we told you Adobe was developing Carousel, a perfect Lightroom alternative for iOS devices which would allow users to access their entire photo library on any iPhone, iPod, iPad or a Mac computer with seamless photo syncing across all these devices. Today, the company has released native iOS and Mac clients for Carousel which can be downloaded for free via iOS and Mac App Stores. You can manage and sync photos across all your iOS devices and Mac computers wirelessly via the cloud. You do however need a subscription to Adobe’s online storage costing $99 a year or $9.99 a month. The subscription is available at launch for a discounted price of $59.99, or $5.99 a month. 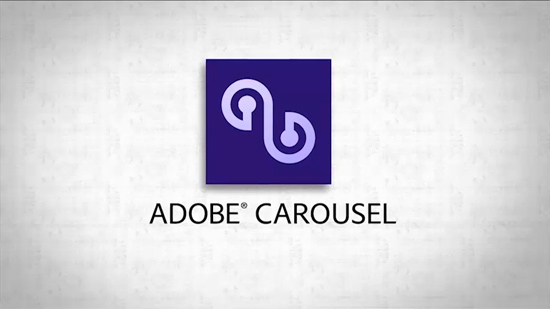 In addition to just online storage and cloud syncing, the Carousel app also offers professional photo editing while preserves your original photo, including fixing exposure, white balance and saturation and adjusting contrast, brightness and vibrance, among other features. Below are the main features of Carousel via Adobe’s official website:

– Simply add photos to your Adobe Carousel photo library on your iPad, iPhone, or Mac, and you’ll instantly have access to them in Adobe Carousel on your other iPad, iPhone, and Mac devices.
– Easily crop, rotate, adjust exposure, and make other corrections, or lend your photos serious style with unique looks.
– Create a family photo library without the hassle of sending emails, handing off drives, and trying to figure out which photos to touch up or use in special projects. Simply invite family members to add photos to your library via their own Adobe Carousel apps, and let them flag their favorites so everyone can quickly find the best-loved shots.
– Share those moments that matter by sending your photos straight from Adobe Carousel to Facebook, Twitter, and Tumblr.
– Snap new photos right from Adobe Carousel on your iPhone or iPad, and they’ll instantly appear in your photo library on all your devices.