Adobe Outlines Upcoming New Features for Photoshop on the iPad

Earlier this month, Adobe defended the poor App Store reviews received by its highly-anticipated Photoshop app for iPad and today, it has promised some big new features coming soon to Photoshop on the iPad, which the company says, will also improve the everyday experience of working with the app. 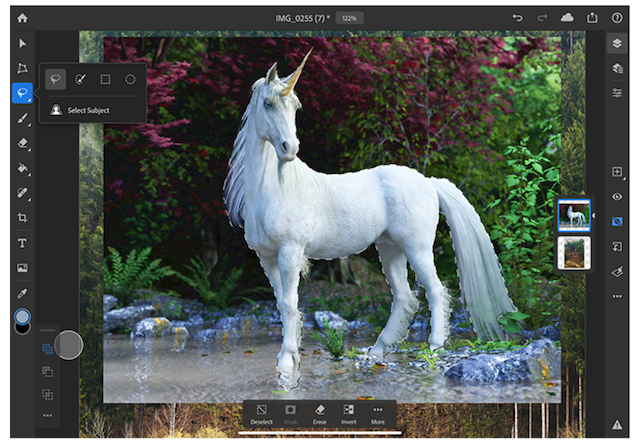 In a blog post titled “Photoshop Reimagined for iPad: The Journey,” Adobe explains how it focused on the core features, such as compositing, masking, and retouching, in the first version of the app. Now, Adobe says it wants to give its users a glimpse into what’s to come and how their input is reflected in its planning process.

Starting with ‘Select Subject,’ a feature powered by Adobe Sensei AI machine learning, it will let users “automatically select the subject of an image to speed up complex selections” and will be rolled out by the end of the year. Cloud documents will also become “faster than ever before” in December with the rollout of new system optimizations.

Then in the first half of 2020, Adobe plans to add the following features to Photoshop for iPad:

You can learn about all the upcoming new features in detail on the source page.