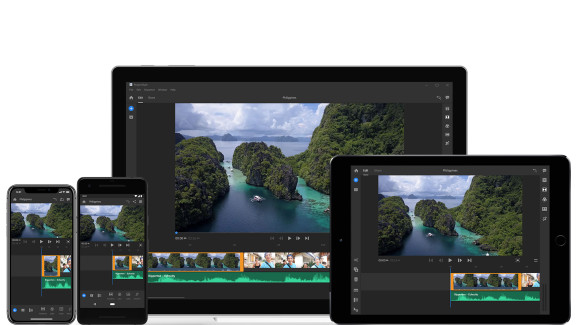 Adobe’s Premiere Rush CC cross-platform video editing app, that became available in beta for select customers earlier this year, has today been released to the general public for the Mac and iOS devices. The app has also been released for Windows PCs while Android support is coming next year, VentureBeat is reporting.

“A new user, from the first time they launch [Premiere Rush], can get a high-quality video in three minutes or less,” said Steve Forde, general manager of emerging products at Adobe, during a media briefing earlier this year. “It’s an identical product with the same features on iOS, Android, Windows, and Mac. You can jump back and forth and it automatically synchronizes.”

The all-in-one video editing app allows video creators to quickly edit a video and publish it on platforms like YouTube and other social networks. According to Adobe, Premiere Rush has been designed to simplify the video-editing, motion graphics, and audio mixing capabilities of its professional software like Premiere Pro, AfterEffects, and Audition.

All the edits easily sync between platforms, giving creators the ability to start editing on their phone, for example, and then finish their work on a laptop.

The Premiere Rush app is included across a series of Creative Cloud plans and starts at a $9.99/month plan for individuals. A Starter Plan allows users to create an unlimited number of projects on desktop and iOS and export three of them for free.