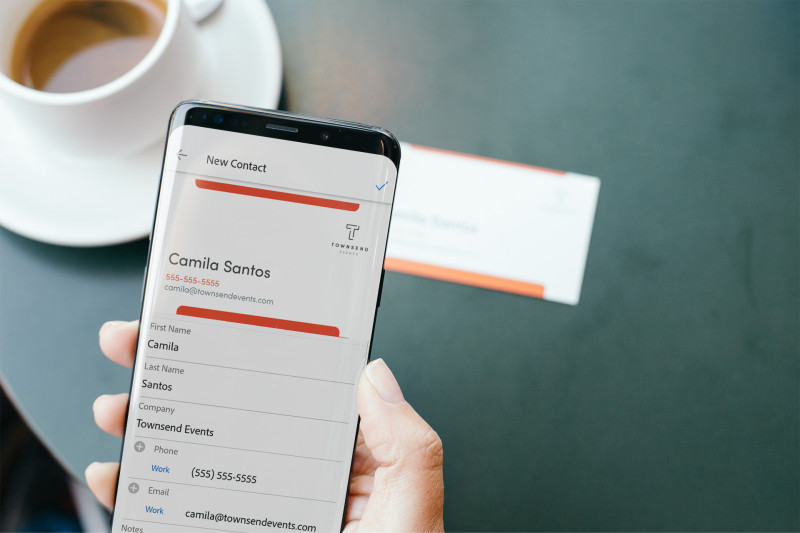 Today, Adobe released an update to its Adobe Scan app, the company’s PDF scanner to include the ability to automatically save digital business cards.

The update includes the ability to capture the contact information of a card under poor lighting conditions. In addition, the app is now able to remove unwanted objects from scans, like your fingers and other objects.

The team is continuing to improve the accuracy of its app by retraining their models using Google’s Tensorflow machine learning framework. In a statement, Adobe product manager Akhil Chugh said:

“There’s a whole bunch of levels of different complexities when you’re scanning with a [smartphone] camera but [executives] are always on the move from one meeting to another. They don’t want to carry business cards around — they want to quickly archive them and digitize them.”

With business cards, the app detects the edges, crops them, corrects skew, and adjusts the exposure. When you are done, you can hit “save contact,” which will add the name, company, phone, and email to your contacts and save the card image.

Adobe Scan is available as a free download from the App Store. The app requires any device running iOS 11.0 or later. Initially, this card-to-contacts feature will only support English and the company is working on expanding this to multiple languages in the future.

[caption id="attachment_389886" align="aligncenter" width="1200"] Image: LCG Auctions[/caption] A rare, factory-sealed original iPhone from 2007 in mint condition is up for bidding at New Orleans-based LCG Auctions' 2023 Winter Premier Auction, which will run through February 19 at LCGAuctions.com. According to LCG Auctions, the item could ultimately fetch more than $50,000 USD. The same auction house...
Nehal Malik
36 mins ago