‘Aira’ is a new mobile app aimed at making travel for the visually impaired easier at the Winnipeg Richardson International Airport. All blind and low-vision travellers can download the app for free and get connected to trained professionals, called Aira Agents, via the app or smart glasses (via CHVN Radio). 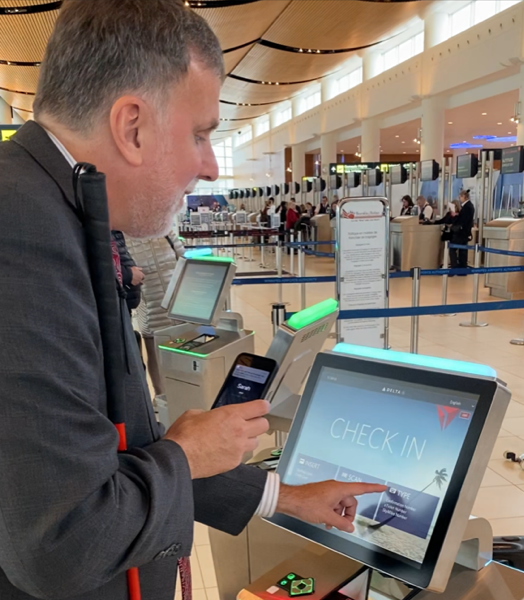 Aira Agents, who can see a user’s environment through their mobile camera, assist the visually impaired by describing objects, reading signage, providing navigation, taking and labelling photos, and more.

“Every traveller through our facilities should come anticipating an exceptional customer experience, including those with sight loss or who are partially sighted,” said Barry Rempel, President and CEO of Winnipeg Airports Authority:

“Winnipeg Airports Authority is committed to bringing new technology to the airport to increase accessibility and reduce the barriers travellers sometimes experience. We are pleased that through our partnership with Aira, travel at Winnipeg Richardson International Airport is now easier for people who are blind or have low-vision.”

Toronto Pearson International Airport is the only other airport in Canada offering this service.

Amazon is holding a virtual event right now, announcing new devices this year ahead of the holiday season. The first announcement was the new Kindle Scribe, which is the company’s largest e-reader that now includes writing capabilities. Kindle Scribe has a 10.2-inch 300-ppi HD display that’s also front-lit, and the included pen “never needs charging.” […]
Gary Ng
21 mins ago

Apple has kicked VK, Russia's take on the social media network Facebook, off the App Store globally to comply with the latest tranche of British sanctions — reports The Guardian. VK, formerly known as VKontakte, said on its website that the mobile app would continue to work on smartphones it was already installed on. However,...
Nehal Malik
23 mins ago