A group of developers has cracked Apple’s AirPlay 2 protocol, allowing it to be used on non-supported speakers. 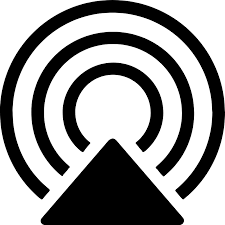 According to a new report from 9to5Mac, several developers have long been working on reverse engineering AirPlay 2 so that it can be used on technically non-compatible hardware.

Now, it seems that the developers have successfully cracked the protocol, first announcing the achievement in a Slack chatroom before posting about it on GitHub.

“What this means is that multi-room playback from iOS devices will be possible to any speaker system when connected to something like a Raspberry Pi running an app designed to receive and decode AirPlay 2 audio streams,” reads the report.

The developer who announced the emulator, called Shairport, noted that cracking the protocol is only the first step as the development team still needs to build an app that facilitates the process.

“The code I have is rather a python prototype for debugging/reversing not meant for running in ‘production,'” explains the report. “You might have read in this channel that @iostat is working on a cool Rust implementation of AirPlay 2. A bit of patience and I’m sure it will happen.”

In a nutshell, that means audiophiles with their own expensive speaker setups (that they don’t want to replace) may soon be able to hook up those systems to a cheap computer like a Raspberry Pi.

The Pi would run the app, allowing users to stream audio from an iOS device — even multi-room audio — to the speaker system over AirPlay 2.

While releasing the first trailer for the Antoine Fuqua-directed historical drama, Apple has today announced that Will Smith’s next film ‘Emancipation' will premiere in theaters on Dec. 2 and will stream on Apple TV+ starting Dec. 9. According to Variety, Apple’s decision to delay the film to 2023 after Smith became embroiled in controversy for slapping...
Usman Qureshi
15 mins ago

Even though Sony's first VR headset took 8 months to sell a million units, the company is betting big on its next-generation PlayStation VR2 headset with an increased production plan, according to Bloomberg. Citing people familiar with the matter, the publication notes that Sony is planning to make 2 million units of the PlayStation VR2...
Usman Qureshi
35 mins ago