According to a new report by The Wall Street Journal, New York’s MTA is considering a public service announcement (PSA) that would ask subway riders to refrain from taking off their AirPods while getting on or off the trains. 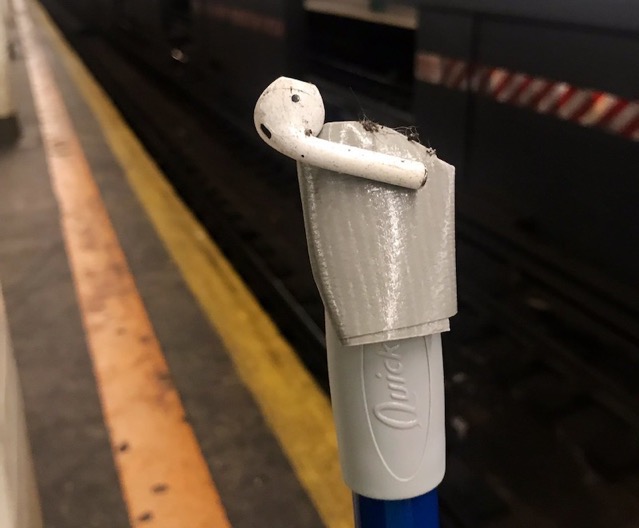 MTA maintenance supervisor Steven Dluginski told the publication that the MTA uses a “picker-upper thing” to rescue lost AirPods. He continued that this summer was the “worst” for AirPod rescues, with his team retrieving 6 AirPods on a single Thursday afternoon.

Dluginski said that it’s also risky for employees who have to try to pick them up and can cause train delays. “They’re tiny. They’re hard to find,” he told WSJ while adding that the PSA would hopefully alleviate the delays.

Transit workers use a pole that extends to about 8 feet and has two rubber cups on the end that can be squeezed together to grab small objects. The “picker-upper thing,” Mr. Dluginski called it.

Around noon on a recent Thursday, Mr. Dluginski’s team had received 18 requests to fetch lost items. Six were for AirPods. “It’s job security, as far as we’re concerned,” the maintenance boss said.

The report also highlights the efforts of a rider named Ashley Mayer, who retrieved a lost AirPod from the tracks using duct tape at the end of a pole back in July.

He’s filthy but he’s mine (again)!