Earlier this week, the first AirPods Max orders in Canada were set to reach customers. But for some, they saw their packages returned back to Apple by UPS Canada.

“For the safety of our employees and the community, all shipments containing potentially hazardous materials must follow specific guidelines. We have followed up to ensure proper labelling,” added UPS Canada. 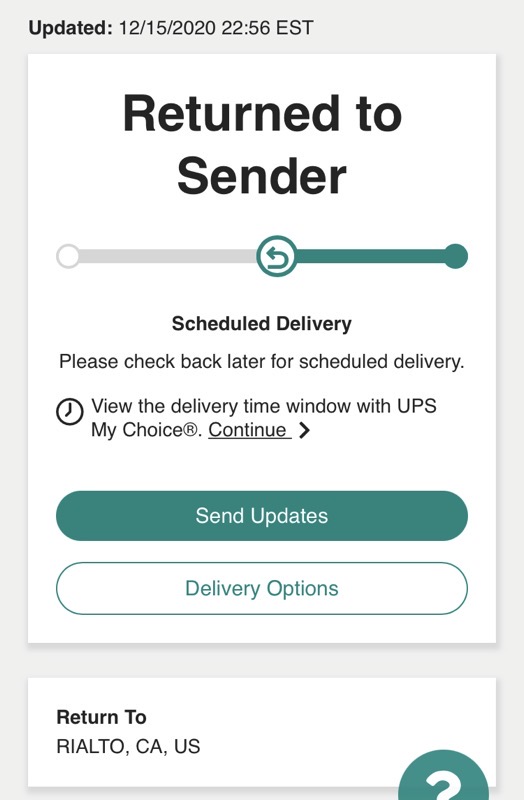 Many AirPods Max packages destined for Canada got stuck in Rialto, California, before being returned to Apple, to the dismay of early customers tracking their precision packages.

Luckily, our package was spared. We’ll have a short review of our experience with AirPods Max soon.

Some users affected noted in the comments Apple will be resolving the issue by sending out another AirPods Max package, but of course with Christmas around the corner, replacements will take some time to reach customers.

AirPods Max are available on Apple.ca for $779 CAD. They’re delivering in 12-14 weeks, but local retailers such as Best Buy have them delivering by January 5, 2021. Staples.ca has AirPods Max available for pre-order, ready to ship when stock becomes available.