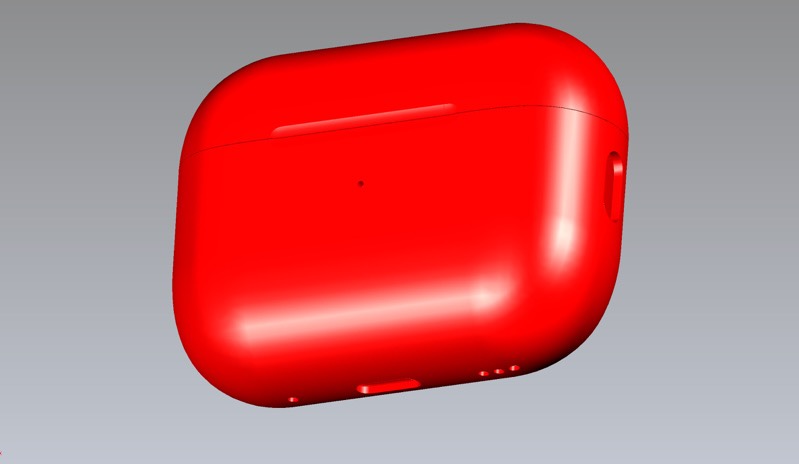 According to Bloomberg’s Mark Gurman, his latest Power On newsletter says Apple is still going to unveil AirPods Pro 2 at next week’s iPhone 14 event.

Gurman first reported in 2021 that AirPods Pro 2 were slated to debut this year, and that timeline appears to be on track. The current AirPods Pro design was first unveiled in October 2019 and the most recent update upgraded the case to MagSafe compatible.

Alongside AirPods Pro 2, Apple will also unveil its iPhone 14 lineup, along with Apple Watch upgrades a new higher-priced ‘Pro’ version of the smartwatch.

On a separate note, AppleInsider’s Andrew O’Hara also recently shared two CAD renders of what is believed to be the new AirPods Pro 2 design. We see speaker holes for alleged expanded Find My support, plus a lanyard anchor.

For anyone interested in #AirPodsPro2, I just got my hands on some leaked CAD files ahead of the #AppleEvent. Shows rumors we've heard before such as the lanyard anchor and speakers for Find My support. Can't guarantee accuracy but cool to see regardless. What do you all think? pic.twitter.com/ZtrPcOfyVQ

Lately, we’ve seen AirPods Pro drop in price, with Amazon selling them at $249 regular price, which is $80 cheaper than Apple.ca.