AirPods Pro Back in Stock in Canada for Apple Store Pickup 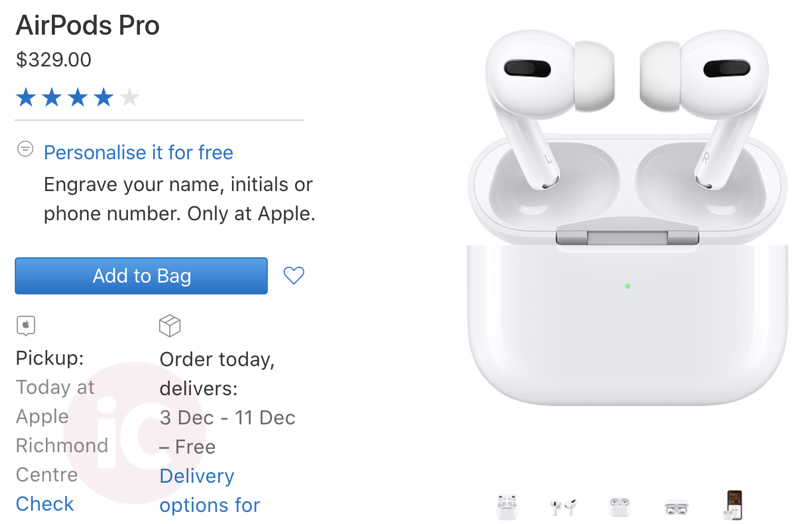 If you’ve been trying to buy a set of new AirPods Pro, stock for in store pickup at Apple Stores were recently showing the earliest dates as December 11, 2019 in select cities.

However, as of today, it appears more AirPods Pro stock has arrived in stores out in Western Canada. Apple.ca is showing pickup is available in select stores across Metro Vancouver (Richmond Centre; Metrotown; Guildford Town Centre; Coquitlam), while stores in Alberta are showing stock for pickup today as well (Chinook Centre; West Edmonton).

Apple Stores in Ontario, particularly in Toronto are showing AirPods Pro stock as available for pickup.

Apple’s AirPods Pro cost $329 and feature Active Noice Cancellation and a Transparency mode, while also weather-resistant for your workouts and more. Expect these to be a hot ticket item for the holidays.