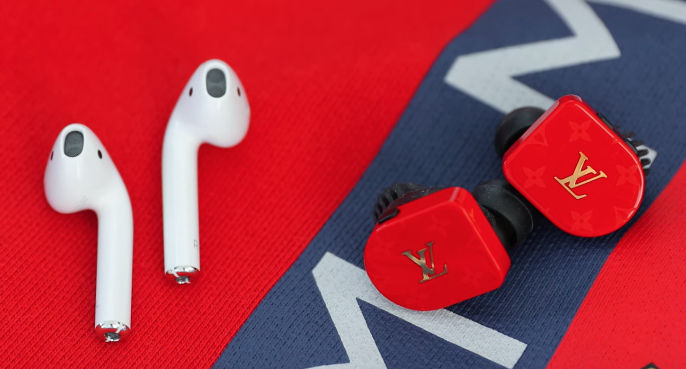 If you were considering these LV Horizon earphones, Victoria, B.C.-based tech YouTuber, Justin Tse, has released a hands-on video comparing them to Apple’s AirPods.

For starters, the insane price of nearly $1500 CAD after tax is not justifiable, unless you have a money tree in the backyard. For the price of one set of LV Horizon earphones, you could purchase six pairs of AirPods.

According to Tse, he tells iPhone in Canada “the sound quality is very good for wireless headphones,” when it comes to the LV Horizon earphones. But he says he wouldn’t want to shell out money and buy them for himself, as AirPods are lighter and significantly cheaper.

Check out the video below—Tse says “you’ll look like a dork at no extra cost,” with these expensive LV earphones: