Apple’s AirTag tracking devices can be useful in finding mostly anything you tend to easily — including the Apple TV remote. 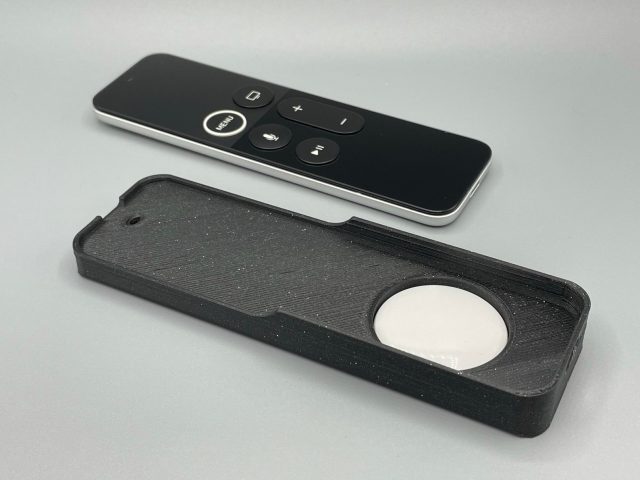 A new 3D-printed Apple TV remote case from Etsy seller PrintSpiredDesigns makes it easy for users to attach an AirTag to the device, inside the case itself.

Available in four colours, the made-to-order case is designed to snugly fit over the small remote while inside leaving space for an AirTag to “satisfyingly click into place,” reads the Etsy description.

The case leaves enough room for a Lightning cable, so it’s easy to charge the device without removing the case itself. The item description does note that due to the orientation of the case, it does, unfortunately, reduce the loudness of the remote’s speaker.

The AirTag case is designed to fit the Siri Remote for both the HD and 4K Apple TV models, but won’t fit “the older gray remotes or the new 2nd Generation Siri Remote.”

The AirTag case costs $12.99 USD over at PrintSpiredDesigns’ Etsy page.