The Alberta government is reportedly not interested in raising distracted driving fines, despite recent fine increases in Saskatchewan. 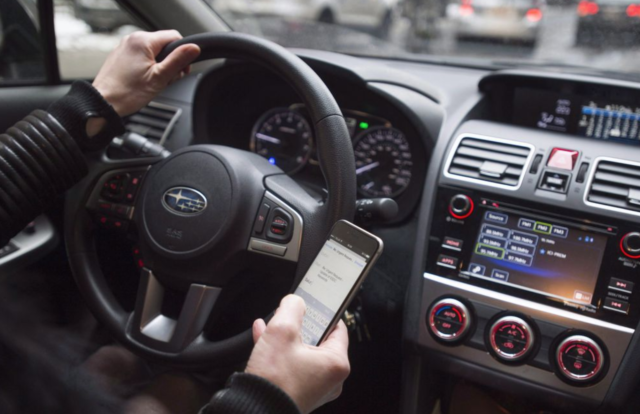 According to a new report from the Calgary Herald, distracted driving fines in Alberta are the lowest in the country outside of the Maritime provinces — and the provincial government has no plans to raise them.

“That’s by far the lowest in Western Canada after Saskatchewan more than doubled its fines effective Feb. 1, with distracted drivers in that province now facing a $580 fine. Only Nova Scotia, New Brunswick and Nunavut — which doesn’t have any distracted driving legislation — have fines lower than Alberta,” reads the report.

Saskatchewan’s new fines, on the other hand, include escalating penalties for second and third offences within a 12-month period, which will cost drivers $1,400 CAD and $2,100 respectively, plus a seven-day vehicle seizure. In Alberta, there are no increases to fines for subsequent offences.

While conviction numbers have decreased between 2015 and 2019 in other large cities like Calgary, Grande Prairie, Lethbridge, Medicine Hat and Red Deer, they have stayed fairly steady in Edmonton.

“The province doesn’t keep statistics on distracted driving collisions or fatalities,” reads the report. “According to Calgary police, officers issued 4,384 distracted driving tickets in 2019 compared with 5,944 in 2018 — a 26 percent drop year over year.”

“In 2019, there were over 9,000 people charged with distracted driving offences in Alberta RCMP jurisdictions. The numbers are still too high,” says Superintendent Gary Graham of the Alberta RCMP Traffic Services.

“If you have to make a call, eat, read, take notes or engage in another distracting activity, make sure you pull over to do it safely,” Graham continues. “Distracted driving behaviours increase driver errors and, as a result, put your safety and the safety of other road users at risk.”