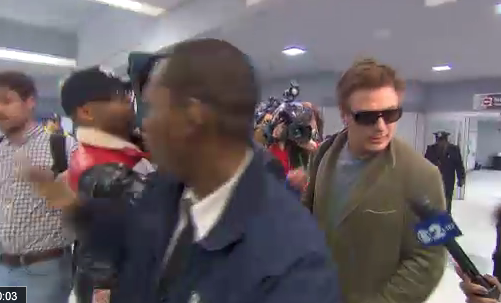 This has got to be one of the best stories I’ve heard so far, involving a celebrity, an iPhone, and Zynga’s smash hit, Words with Friends. Word spread (no pun intended) when Alec Baldwin tweeted his displeasure after getting booted off his American Airlines flight–for refusing to turn off his iPhone because he wanted to play ‘Words with Friends’.

“Flight attendant on American reamed me out 4 playing WORDS W FRIENDS while we sat at the gate, not moving.”

Another Baldwin tweet took aim at the crew, saying he would never again fly on American Airlines, “where retired Catholic school gym teachers from the 1950’s find jobs as flight attendants.”

Ouch. Oh, and don’t forget to watch the CNN video, as coincidentally Oscar De La Hoya was on the same flight (can this story get any better?). He had this to say: 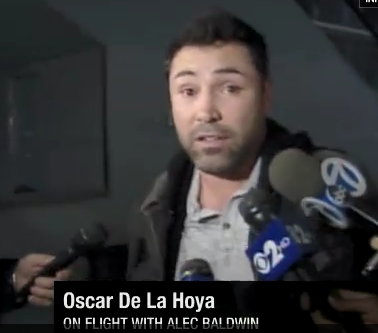 Other passengers weren’t so easy going in the the rest of the interviews.

American Airlines has responsed with their version of the events on their Facebook page:

Since an extremely vocal customer has publicly identified himself as being removed from an American Airlines flight on Tuesday, Dec. 6, we have elected to provide the actual facts of the matter as well as the FAA regulations which American, and all airlines, must enforce. Cell phones and electronic devices are allowed to be used while the aircraft is at the gate and the door is open for boarding. When the door is closed for departure and the seat belt light is turned on, all cell phones and electronic devices must be turned off for taxi-out and take-off. This passenger declined to turn off his cell phone when asked to do so at the appropriate time. The passenger ultimately stood up (with the seat belt light still on for departure) and took his phone into the plane’s lavatory. He slammed the lavatory door so hard, the cockpit crew heard it and became alarmed, even with the cockpit door closed and locked. They immediately contacted the cabin crew to check on the situation. The passenger was extremely rude to the crew, calling them inappropriate names and using offensive language. Given the facts above, the passenger was removed from the flight and denied boarding.

Baldwin defies the crew after dealing with a ‘1950s attendant’ and runs into the bathroom?! Maybe he was trying to take advantage of the TW (triple word) and TL (triple) tiles during his turn?

Baldwin has written an apology, on the Huffington Post. Here’s a snippet:

Most of the flight attendants I have ever encountered still have some remnant of the old idea of service. Add to that the notion that in this day and age, many people have a lot of important work to do, by phone, and would like to do so till the last possible minute. But there are many now who walk the aisles of an airplane with a whistle around their neck and a clipboard in their hands and they have made flying a Greyhound bus experience.

The lesson I’ve learned is to keep my phone off when the 1950’s gym teacher is on duty. That was my fault there, even though this trip was quite a bit different from so many others. But it is sad, I think, that you’ve got to fly overseas today in order to bring back what has been thrown overboard by US carriers in terms of common sense, style, and service.

Again, my apology to my fellow travelers.

What a story. Maybe the whole thing was orchestrated by Zynga, because the entire world now knows about Words with Friends. Who’s at fault here? Baldwin or the AA flight attendant?

Want to play? Add me–my username is ‘iphoneincanada’. I won’t get angry, but I can’t promise I won’t run into the bathroom.

Today the first press reviews of Apple’s HomePod 2 hit the web, along with unboxing videos. The second-generation HomePod sports a similar design as its predecessor, has a 4-inch woofer and five tweeters (down 2 from before), plus gains a built-in temperature and humidity sensor, along with automatic room sensing for adjusting audio to your […]
Gary Ng
56 mins ago