Alexa’s Conversation Mode, which was revealed at Amazon’s fall 2020 hardware event and allows a group of people to chat back and forth with the voice assistant without reusing the wake word, has just made its debut on the third-gen Echo Show 10 (via Engadget). 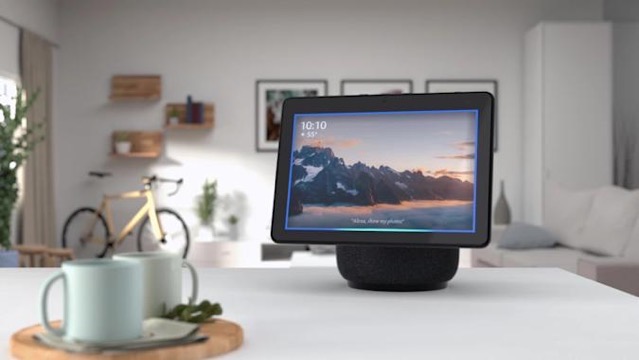 Rolling out over the next few weeks, Conversation Mode is an opt-in feature, and can be switched on by saying “Alexa, join this conversation.” Anyone in the room will be able to speak with the voice assistant, as long as they’re looking at the screen and the smart display’s camera can see them.

Amazon says that Conversation Mode’s AI uses visual and acoustic cues to determine when someone is saying something to Echo Show 10. Alexa then formulates a response based on the context. The company is planning to improve the mode over time and add features such as the ability to interrupt a list of options by saying something like “That one!”

Alexa will automatically switch off the Conversation Mode if there’s no interaction for a certain length of time.

Popular note-taking app Notability has just introduced a new Pencil feature, bringing the most paper-like sketching experience to digital notetakers. This marks the app’s first time releasing a tool that enables users to style their ink strokes, add texture, and change colours after writing without any pixelation. The Pencil tool makes drawing in Notability feel just...
Usman Qureshi
2 mins ago

SaskTel and Stafford Communications are partnering to bring more advanced broadband solutions and faster internet to rural parts of Saskatchewan. Part of the Rural Broadband Partnership Program (RBPP), Stafford Communications plans to expand its network and begin delivering internet speeds of up to 100 Mbps under this collaboration to: Crystal Springs Jumping Lake Struthers Lake Tarnopol...
Usman Qureshi
24 mins ago

Sony has just revealed its lineup of free games coming to PlayStation Plus this month, which will be available to download starting February 7th. Starting at $11.99/month, the PS Plus subscription unlocks online multiplayer and gives members access to a set of games every month that they can claim and install for free. Players can subscribe...
Usman Qureshi
39 mins ago